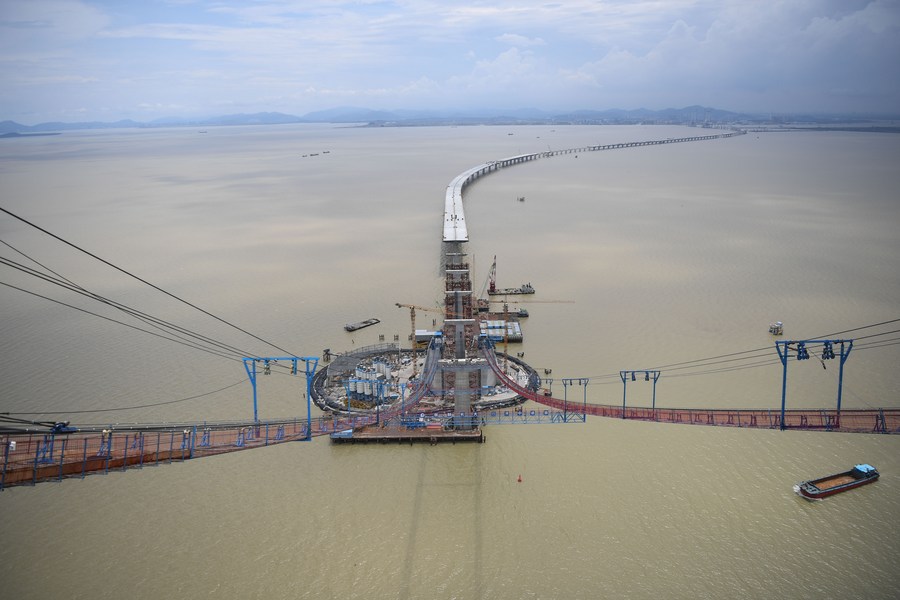 Photo taken on June 7, 2022 shows the Lingdingyang Bridge under construction as part of the Shenzhen-Zhongshan link in south China. (Xinhua/Deng Hua)

The funds, which will be raised by the China Development Bank and Agricultural Development Bank of China, aim to replenish the capital for major projects such as new infrastructure without exceeding half of the total investment, or to bridge financing for projects funded by special-purpose bonds, the official said.

The central government will offer interest discounts for a period of two years in accordance with the actual amount of equity investment.

The National Development and Reform Commission will work with local governments and relevant central government departments as well as central enterprises to form a sufficient list of projects, and the two policy banks will decide for themselves which projects they want to invest in.