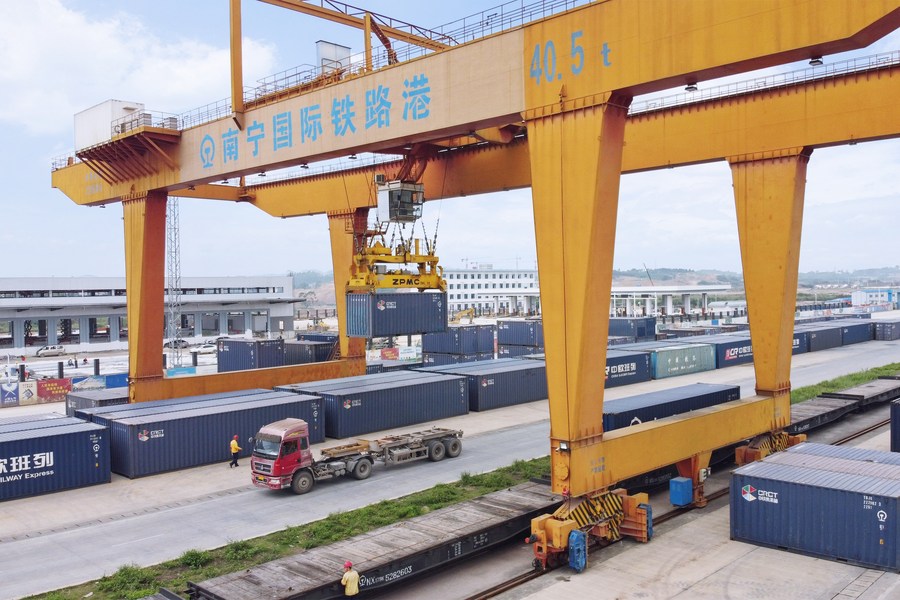 During the period, 2,940 twenty-foot equivalent units (TEUs) of cargo were transported by China-Vietnam freight trains, up 34.1 percent year on year.

Since the beginning of this year, the region has seen burgeoning growth momentum in its cross-border railway transport business. A total of 57 outbound freight trains departed from China to Vietnam in the first quarter, up 128 percent year on year.

The major exports of the train service included mechanical equipment and electronic products made in China, while fruits remained a leading import category. As of April 1, about 11,366 tonnes of fruits had been imported via Guangxi's Pingxiang port.

Currently, over 200 varieties of goods including Chinese traditional medicinal materials, fruits and machinery have been transported by the China-Vietnam freight trains. A slew of streamlined measures have been introduced by local authorities to improve clearance efficiency and ensure the smooth operation of the service.