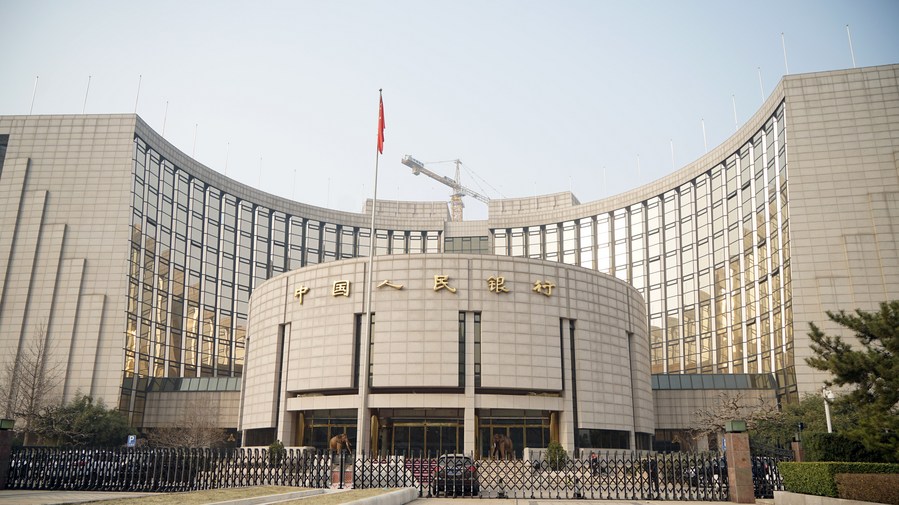 Photo taken on March 13, 2018 shows the headquarters of the People's Bank of China. (Xinhua/Cai Yang)

BEIJING, April 15 (Xinhua) -- China's central bank on Friday said it has decided to cut the reserve requirement ratio (RRR) for financial institutions from April 25 to support the development of the real economy and reduce comprehensive financing costs.

The ratio of RRR will be cut by 0.25 percentage points, except for financial institutions that have already implemented a 5 percent RRR, the People's Bank of China (PBOC) said in a statement.

The reduction in the cash amount banks must hold in reserve is expected to free up 530 billion yuan (about 82.95 billion U.S. dollars) in long-term liquidity, said the PBOC.

After the reduction, the weighted average RRR for Chinese financial institutions will stand at 8.1 percent, the central bank said.

The reduction aims to improve the fund structure of financial institutions and enhance their capabilities in funds allocation to enhance support of the real economy, the bank said.

Financial institutions will be guided to use the released funds to support the micro, small and medium-sized enterprises severely affected by the pandemic.

The cut will ax the funding costs for financial institutions by around 6.5 billion yuan per year, the PBOC said.

Wen also expected the reduction to boost the stock market sentiment and contribute to the healthy development of the property market.

The central bank said it will cut the ratio by another 0.25 percentage points for city commercial banks operating only within provincial administrative areas and rural commercial banks that are currently subject to an RRR of over 5 percent, so as to enhance support for small and micro firms and the agricultural sector.

Stepping into 2022, the world's second-largest economy is maneuvering its policy tools to cushion the increasing downward pressures brought by the resurgence of domestic pandemics and volatile global situations.

China has previously said it will roll out new policies, including postponing payments of pension insurance premiums and channeling more unemployment insurance funds to shore up the real economy.