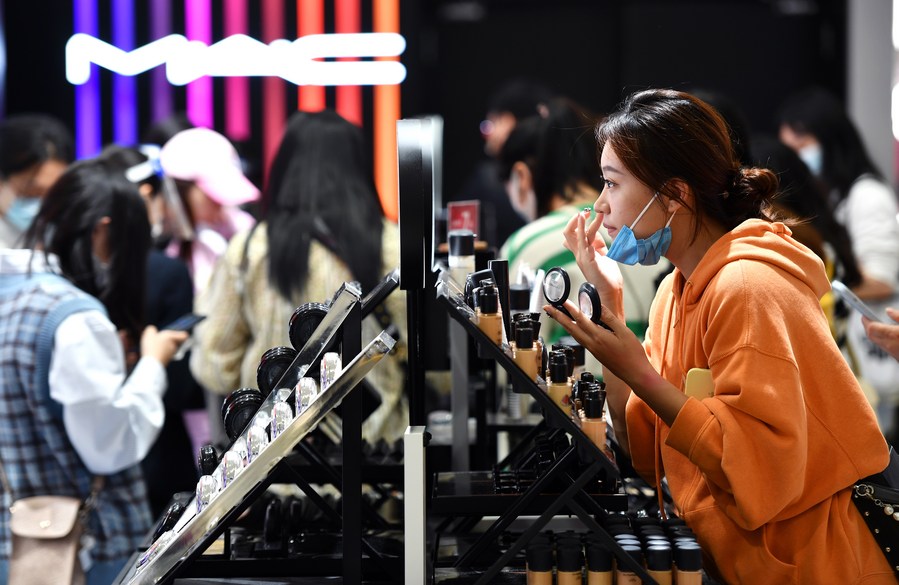 BEIJING, July 25 (Xinhua) -- With a larger and richer consumer group, China's market has expanded its charm to global companies, as they have boosted their presence to meet Chinese consumers' evolving demand over the past decade.

From Monday to Saturday, the second China International Consumer Products Expo will be held in Haikou, capital of the southern tropical province of Hainan, providing a platform for the display and trading of high-level consumer goods from China and abroad.

More than 1,600 international brands from 61 countries and regions will attend the expo, with top brands in many subsectors attending for the first time.

The expo is one example of foreign enterprises actively enlarging their footprint in China over the past decade.

The U.S. coffee chain Starbucks has scaled up rapidly since 2010 when China became its largest overseas market. The number of stores jumped by about 9 times to surpass 5,700 nationwide over the past 10 years.

In 2019, Firmenich, a privately-owned fragrance and flavor company, launched its largest flavor manufacturing plant in China's eastern city of Zhangjiagang with an investment of 75 million U.S. dollars, and opened a customer experience center in the southern city of Guangzhou in 2021 to tap into China's tailored perfume and flavor demands. 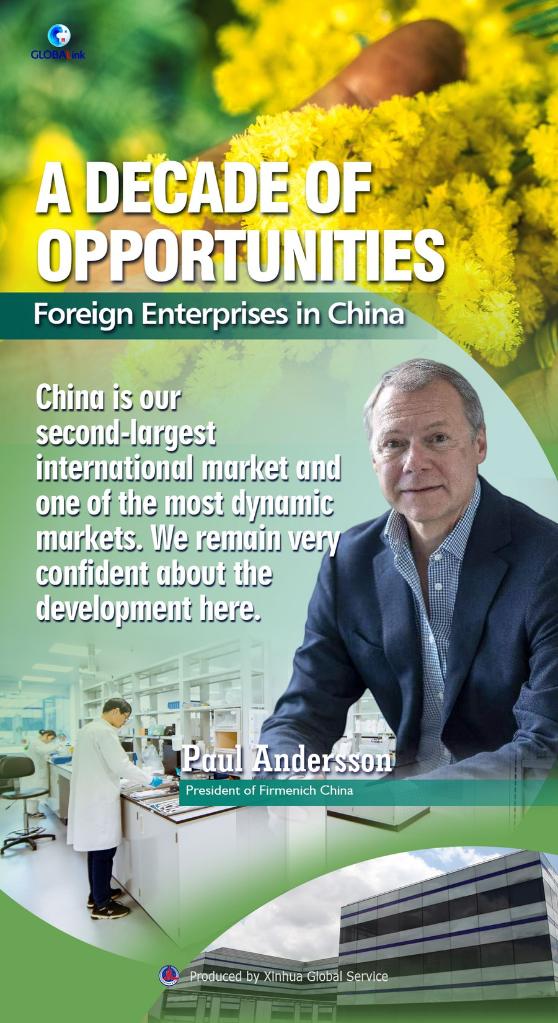 What exactly is fueling foreign companies to continuously cash in on Chinese consumer markets?

China is now the world's second-largest consumer market, boasting a middle-income group of over 400 million people. Retail sales of consumer goods were 44.1 trillion yuan (about 6.97 trillion U.S. dollars) in 2021, seeing an increase of 1.1 times, compared with 2012.

Chinese people have become more well-off compared with 10 years ago. The country's per capita disposable income reached 32,189 yuan in 2020, more than double the figure of 2010, official data showed.

Accompanying the country's expansion of the consumer market were also new trends that have presented business opportunities for foreign enterprises.

The internet industry's fast development over the past decade has brought a radical change to how people buy goods, Cheng said. "Chinese people have shifted from mainly shopping in physical stores to a combination of shopping both in online and physical stores."

Data from the commerce ministry showed that China has been the largest online retail market in the world for nine consecutive years since 2013. By June 2021, China's online shoppers surpassed 812 million.

Eyeing Chinese people's ever-growing demand for greater speed and convenience, Starbucks China launched its online delivery platform Starbucks Delivers in 2018. In 2019, the company launched Starbucks Now, a service that allows customers to place their order in advance and pick up their beverage and food when they arrive at the store.

Now the sales revenue of the two services combined accounted for over 40 percent of the total, according to Leo Tsoi, chief executive officer of Starbucks China.

As online shopping prevails, the consumption potential of people from lower-tier cities and rural areas has been realized. Data from China's online retail giant JD.com showed that the proportion of new users in JD's "618" shopping bonanza who were from lower-tier cities and rural areas increased year by year from 2012 to 2021. The figure reached 90 percent of the total new users in 2021.

Foreign companies' commitment to China's market has in turn seen an improved business environment, and the government has stepped up its efforts in continuing to further open up.

The country has kept shortening the negative list for foreign investment and passed laws and regulations, including the Foreign Investment Law, to protect the legitimate rights and interests of foreign investors.

Business environment is also improving, with China's ease of doing business ranking ascending to 31 from 91 in 2012, according to a World Bank report.

"Looking forward, we at EY firmly believe that China will strive for a higher-level as it continues to open up," Cheng said.