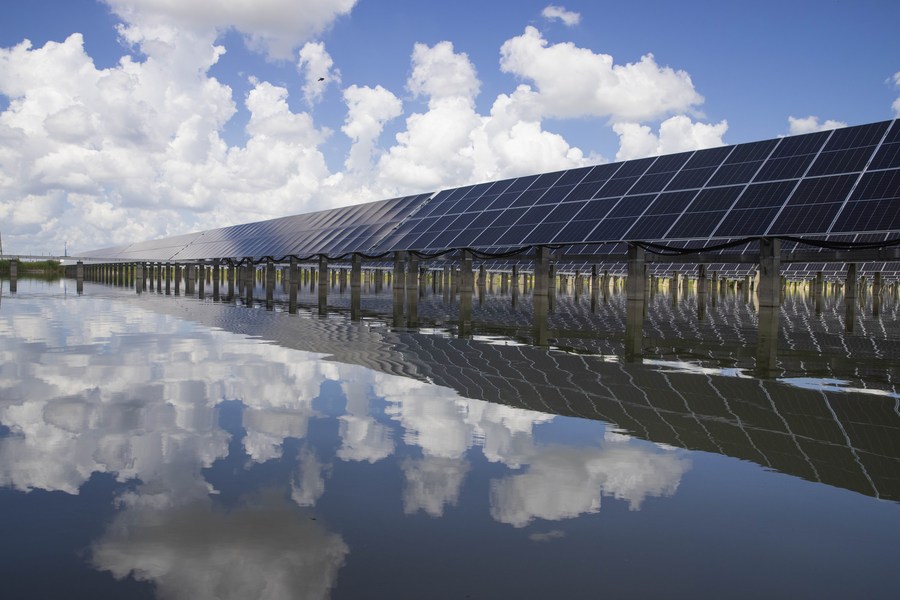 BEIJING, July 26 (Xinhua) -- Foreign enterprises have ridden the wave of China's green transition over the past decade, as the country's long-term pursuit of low-carbon and sustainable growth nurtures new business opportunities. China has seen remarkable progress in energy saving and carbon reduction over the past decade. By 2021, China's energy consumption per unit of GDP had plunged 26.2 percent from 2012.

"Green and decarbonization transitions have huge market potential in China," Yin said, adding that the Chinese market gets more important than ever for Schneider Electric.

China has become Schneider Electric's second-largest market globally and is currently one of its four largest R&D bases around the world.

The company will continue to increase its investments in China. In particular, it is looking to further localize its supply chain, innovation and ecosystem to better facilitate the green transition of Chinese industries, Yin said.

Like Schneider Electric, many global investors have shown a growing appetite for China's green development. A bright spot in this area is the rapidly evolving NEV industry, where overseas carmakers are expanding their footprints.

Official data shows that China's cumulative sales of NEVs had topped 11.08 million units by the end of May this year, skyrocketing from only 20,000 units by the end of 2012. Its NEV output and sales have ranked first globally for seven consecutive years since 2015. 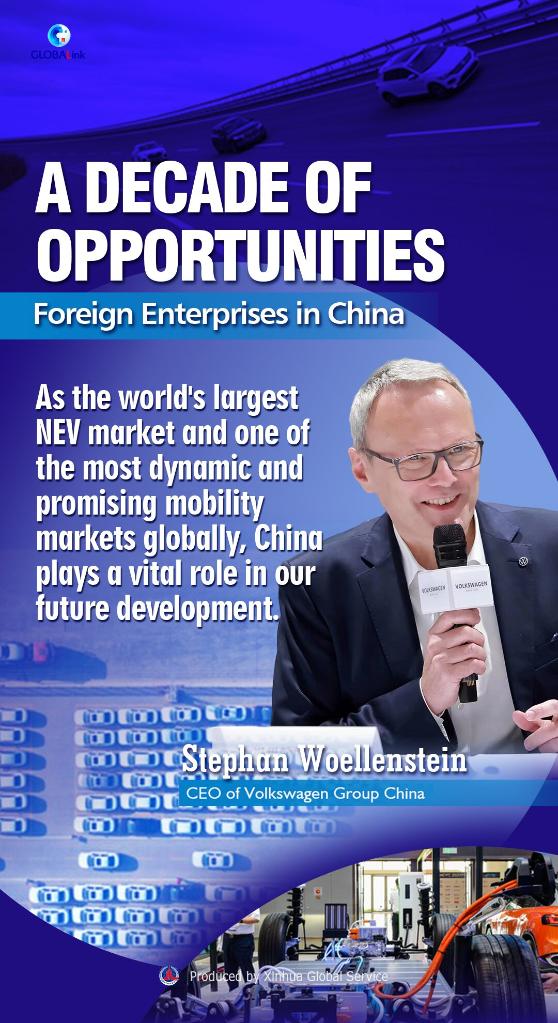 "As the world's largest NEV market and one of the most dynamic and promising mobility markets globally, China plays a vital role in our future development," Stephan Woellenstein, CEO of Volkswagen Group China, told Xinhua.

Since establishing its first NEV-focused joint venture in China in 2017, the German carmaker has extended its business to various parts of the NEV industrial chain, including battery production, charging facilities and auto software.

Volkswagen Group China is expected to deliver approximately 1.5 million NEVs annually by 2025 and plans, in conjunction with its joint venture partners, to invest about 15 billion euros (15.34 billion U.S. dollars) in China's electric mobility sector from 2020 to 2024.

China's green transition is not only an opportunity for foreign firms in the real economy but also a shot in the arm for overseas financial institutions, as global investors can play an active role in the green finance sector. 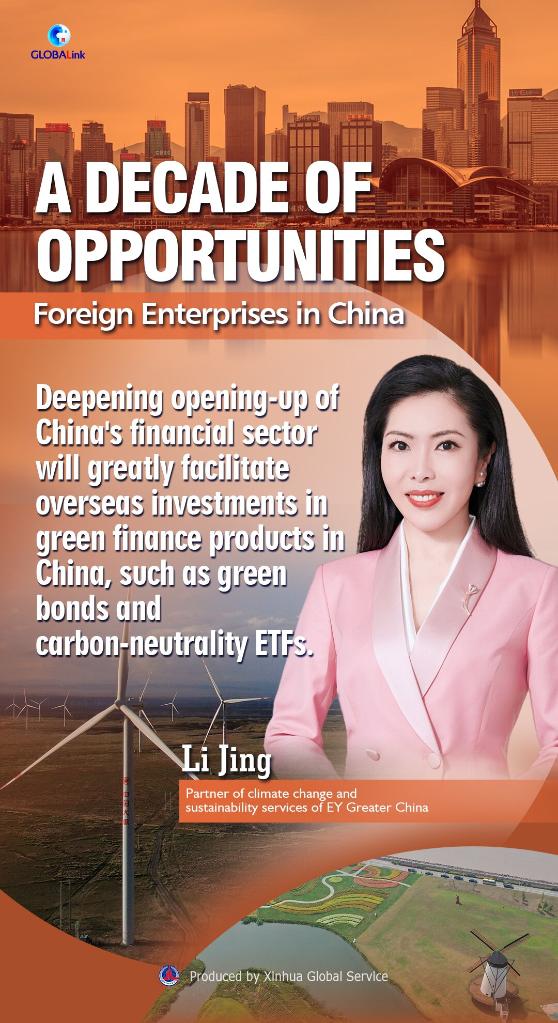 Li Jing, partner of climate change and sustainability services of Ernst & Young (EY) Greater China, said that under China's carbon peaking and neutrality goals, she is optimistic about sectors related to ESG (environmental, social, and governance), climate change and green finance in the Chinese market.

Deepening the opening-up of China's financial sector will greatly facilitate overseas investments in green finance products in the country, such as green bonds and carbon-neutrality exchange-traded funds, Li said.

Over the past decade, China has seen improving policy frameworks for green finance, with green finance products and market mechanisms continuously emerging.

By the end of March, China's green loan balance exceeded 18 trillion yuan (about 2.67 trillion U.S. dollars), and its outstanding green bonds reached approximately 1.3 trillion yuan, according to the People's Bank of China.

Looking to the future, many foreign investors continue to be upbeat about the long-term prospect of China's economic growth despite uncertainties such as COVID-19.

"As a slew of factors, including macro economic trends, the international situation and COVID-19, affect the global capital market this year, China's continued high-quality opening-up of its financial sector will boost the confidence of overseas investors," Li said.