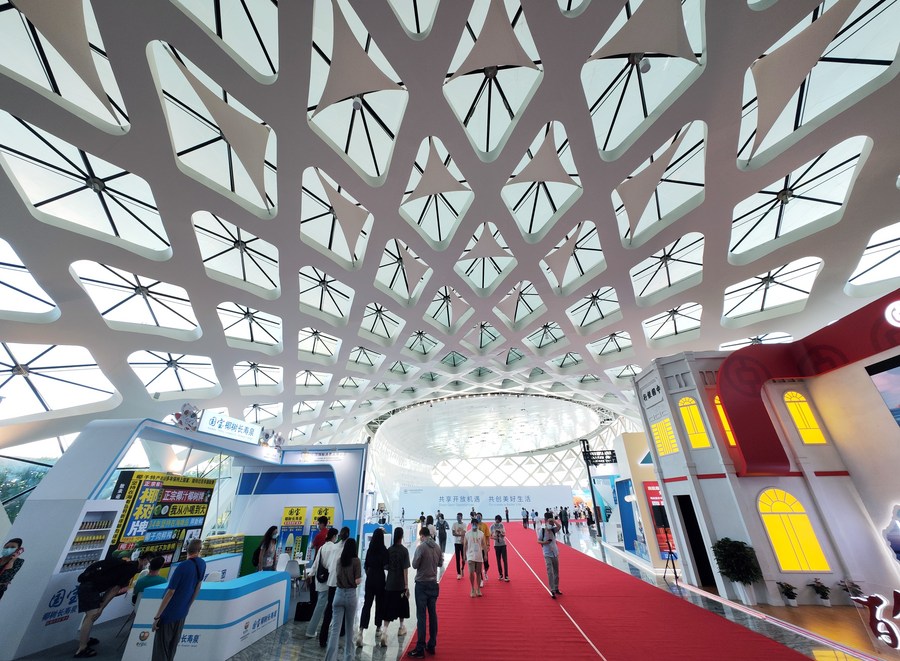 There are over 50 French companies and nearly 250 French brands participating in the expo being held on the resort island of Hainan. France is the guest of honor country at this year's CICPE and, besides China, the largest exhibitor.

"The beauty industry stands out in Sino-French economic and trade exchanges. China became the world's top market for French cosmetics exports in 2021. For every three French lipsticks exported, one is bought by a Chinese consumer," said Fabrice Megarbane, president of L'Oréal North Asia Zone and CEO of L'Oréal China.

China continues to open up and is increasingly determined to unleash the potential of the Chinese market by promoting consumption. The CICPE connects China's domestic market and China's economic globalization, Megarbane said.

Lawrance Shum, CEO of Galeries Lafayette China, said the expo is an excellent platform for purchasers to connect with global high-end brands and understand the Hainan market as well as the Chinese market, adding that Galeries Lafayette's second-time participating in the expo demonstrates its determination to make great progress in this key market.

According to Shum, following the opening of two flagship stores in Beijing in 2013 and Shanghai in 2019, new stores in Shenzhen, Macao and Chongqing are also under preparation.

Bruno Chevot, president of Danone Greater China, North Asia and Oceania, said the expo is the "bridge" and "window" for foreign high-quality goods to enter the Chinese market, which is conducive to promoting the communication between domestic and foreign markets and boosting consumption upgrading.