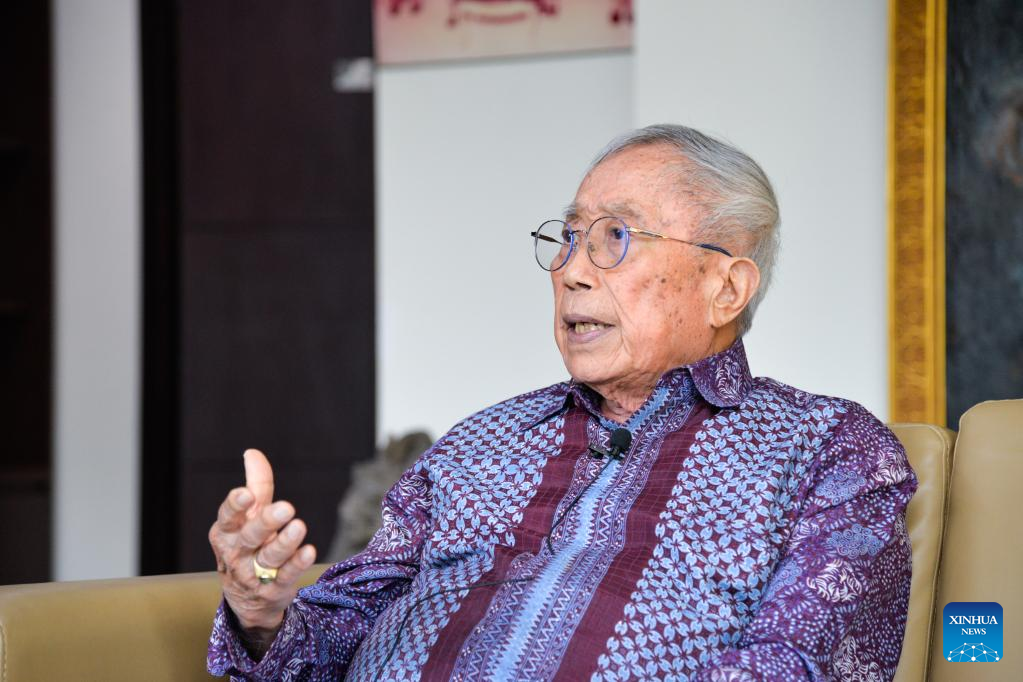 Jusuf Wanandi, senior fellow and co-founder of Indonesia's leading think tank, the Centre for Strategic and International Studies, speaks during an interview with Xinhua in Jakarta, Indonesia, July 18, 2022. (Xinhua/Xu Qin)

JAKARTA, July 27 (Xinhua) -- The Indonesia-China relationship continues to grow and is set for stronger ties in the future, according to an Indonesia-based expert.

"The Indonesia-China cooperation is not only beneficial to Indonesians and Chinese but also to all the peoples of East Asia," Jusuf Wanandi, senior fellow and co-founder of Indonesia's leading think tank, the Centre for Strategic and International Studies, recently told Xinhua.

Noting that Indonesia will host the summit of the Group of 20 (G20) in November, Wanandi said, "Indonesia supports that the G20 summit must come up with some concrete proposals, not just talk without action."

The 85-year-old expert on international issues has visited more than 30 cities in China and has long devoted himself to promoting friendly relations between the two countries.

Recalling his first visit to China in the 1980s, Wanandi said the cities then had an outdated look. But that is no longer the case after "more than 40 years of rapid development."

Wanandi said he believes that the leadership of the Communist Party of China (CPC) is a crucial reason for China's success, as the CPC has done a good job in leading the Chinese people in overcoming difficulties.

"It is very rare in the world to experience such a leapfrogging development as China has, but China proved that she can do it. I am delighted, amazed, and proud," he said.