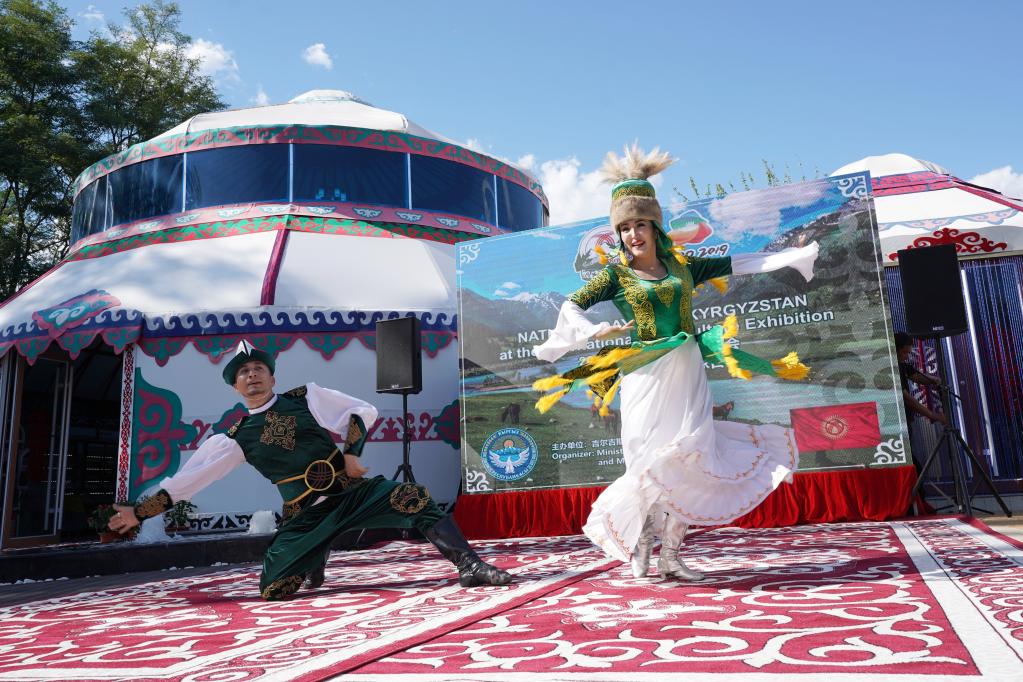 Under the strategic guidance of the two countries' heads of state, China and Kyrgyzstan have become veritable good neighbors, good friends, good partners and good brothers, Wang said, adding that with no major differences or unresolved issues, the two countries should only pursue greater friendship and more cooperation.

Standing at a new historical starting point, China is ready to take the 30th anniversary of the establishment of diplomatic ties as an opportunity to join hands with Kyrgyzstan to open up a brighter future for bilateral cooperation and deliver more benefits to the Chinese and Kyrgyz people, he said. 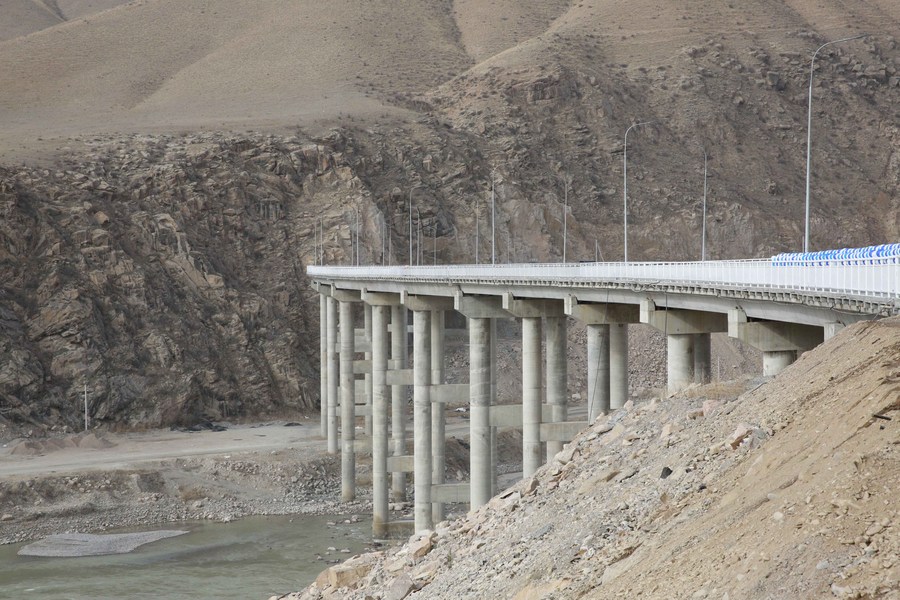 Photo taken on Nov. 10, 2021 shows a bridge completed during the second phase of a new North-South highway project in Kazarman of Jalalabad Region, Kyrgyzstan. (Photo by Roman/Xinhua)

The Chinese foreign minister briefed reporters on the series of consensuses reached between the two sides.

Both parties are convinced that facing the current complex regional and international challenges, China and Kyrgyzstan should speed up the implementation of the Global Development Initiative and the Global Security Initiative put forward by Chinese President Xi Jinping, jointly promote the stability and development of Central Asia, oppose stirring up turmoil and divisions in the region, adhere to true multilateralism, safeguard the basic norms of international relations, and unite efforts in the international community to meet global challenges. 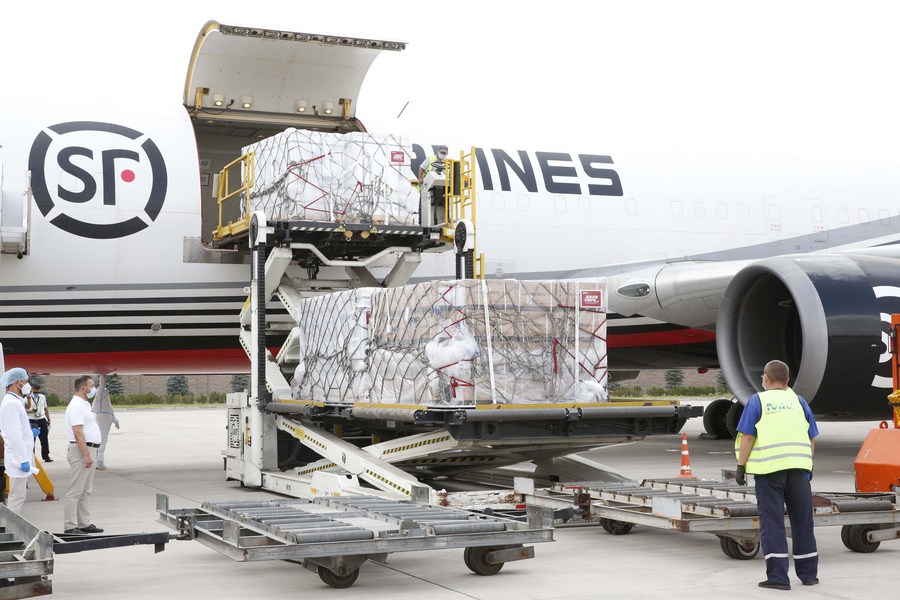 Both sides agreed to further strengthen strategic coordination, continue to firmly support each other in safeguarding sovereignty, security and development interests, unswervingly back each other in following a path of development in line with national conditions, and resolutely object to foreign interference in the internal affairs of the two countries.

The two sides decided to accelerate high-quality Belt and Road cooperation. They consider the China-Kyrgyzstan-Uzbekistan railway as a strategic project of regional connectivity, and the time and conditions are becoming ripe for the launch of this important project.

The first group of Chinese experts have arrived in Kyrgyzstan recently and started the survey work, kicking off the construction process of the China-Kyrgyzstan-Uzbekistan railway.

The two sides will also speed up the construction of major projects in Kyrgyzstan, including canals and road networks, and open new border ports to facilitate the flow of people and freight. 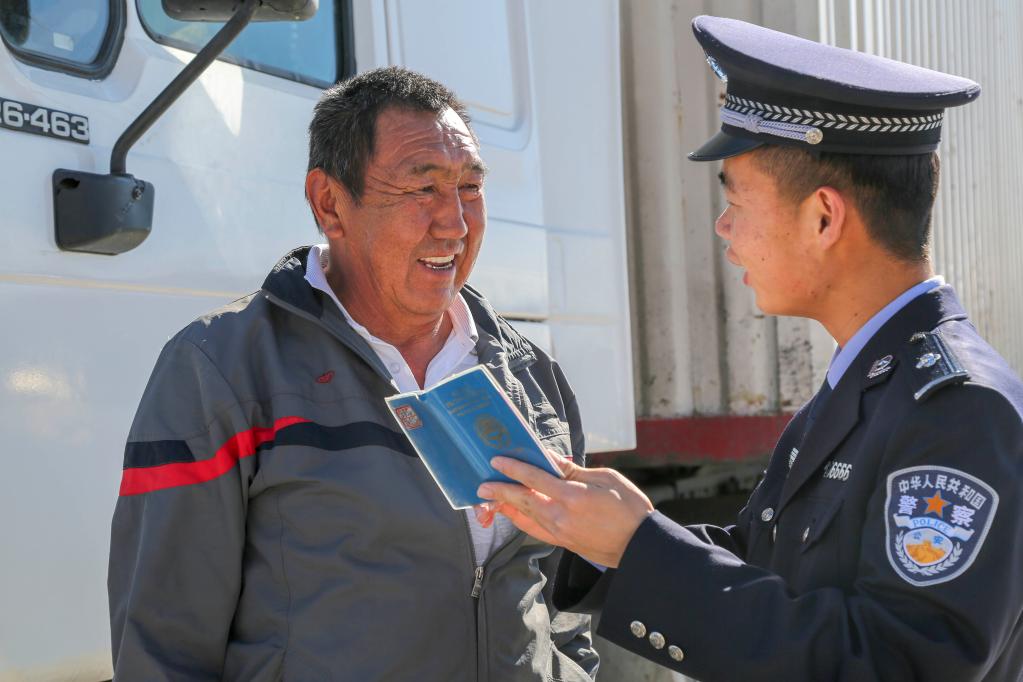 They will foster new growth areas such as ecological agriculture, e-commerce, cross-border payments and green energy, build a "green Silk Road," and create a new landscape for common development.

The two countries agreed to vigorously promote China-Kyrgyzstan friendship from generation to generation. China will build a Luban Workshop in Kyrgyzstan as soon as possible to train more vocational and technical personnel for the development of the Central Asian country.

They also agreed to set up cultural centers in each other's country at an early date, and strengthen people-to-people ties to consolidate the foundation of long-lasting friendship between China and Kyrgyzstan.