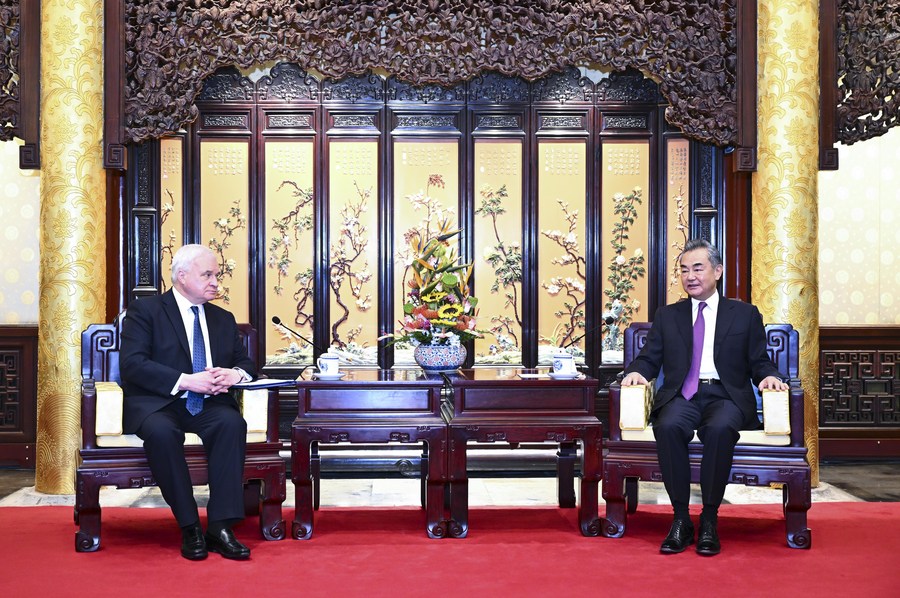 Wang spoke highly of Denisov's outstanding work in promoting China-Russia cooperation and enhancing the friendship and mutual trust between the two nations, saying that his continued contribution to the development of bilateral ties is expected.

Wang said that China-Russia relations have withstood tests of the international situation and remained vibrant. Under the guidance of the two heads of state, China-Russia relations will continue to develop at a high level, provide a strong guarantee for safeguarding the respective core interests of the two countries and make new contributions to their respective development and revitalization.

Denisov said that during his work in China, he has seen the tremendous achievements China has made in all aspects and that he believes China will produce even greater achievements in the future.

The two sides also exchanged views on issues of common concern. They agreed that the United States and some other Western forces frequently interfered in other countries' internal affairs and spread rumors under the guise of human rights and democracy. However, their tricks have been seen through by a growing number of countries and people, and will surely end in bankruptcy.