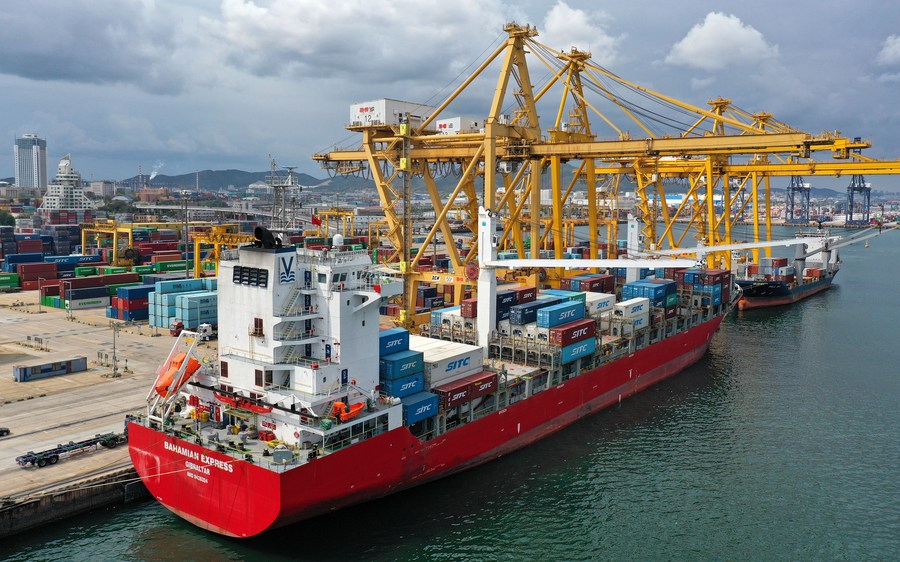 Liaoning Port Co., Ltd.(601880.SH; 02880.HK), an A- and H-share listed company based in northeast China's Liaoning province, has been promoting business related with foreign trade of commercial vehicles since the beginning of this year, with its flagship Dalian Port handling more than 85,000 commercial vehicles in January, up nearly 5 percent year on year, a handsome result for the first month compared with previous years, Shanghai Securities News reported Thursday.

Through building a commercial vehicle shipping center based in Dalian Port, the company is seeing increasingly aggregating sources of goods in its service network of commercial vehicle foreign trade. With shipments of the American routes, the European routes and the new northeastern sea-land routes arriving at the port, the throughput of commercial vehicles in January has reached a record high for the same period in previous years.

In January, the automotive terminal of Liaoning Port Co., Ltd. handled two batches of exporting BMW Brilliance vehicles, as well as the first batch of FAW Hongqi vehicles of this year. Cross-border shipping project of importing Japanese commercial vehicles has also set a monthly record in terms of its railway shipment.

In the year 2021, Liaoning Port Co., Ltd. has launched exporting projects for auto brands such as Volvo, FAW Jiefang and Chery, as well as other importing projects, in a bid to serve as a new frontier of opening-up. With annual throughput of commercial vehicles increasing nearly 200 percent from the previous year, the company has made a step further in extending its business both inward and outward, making significant progress in its port service quality.