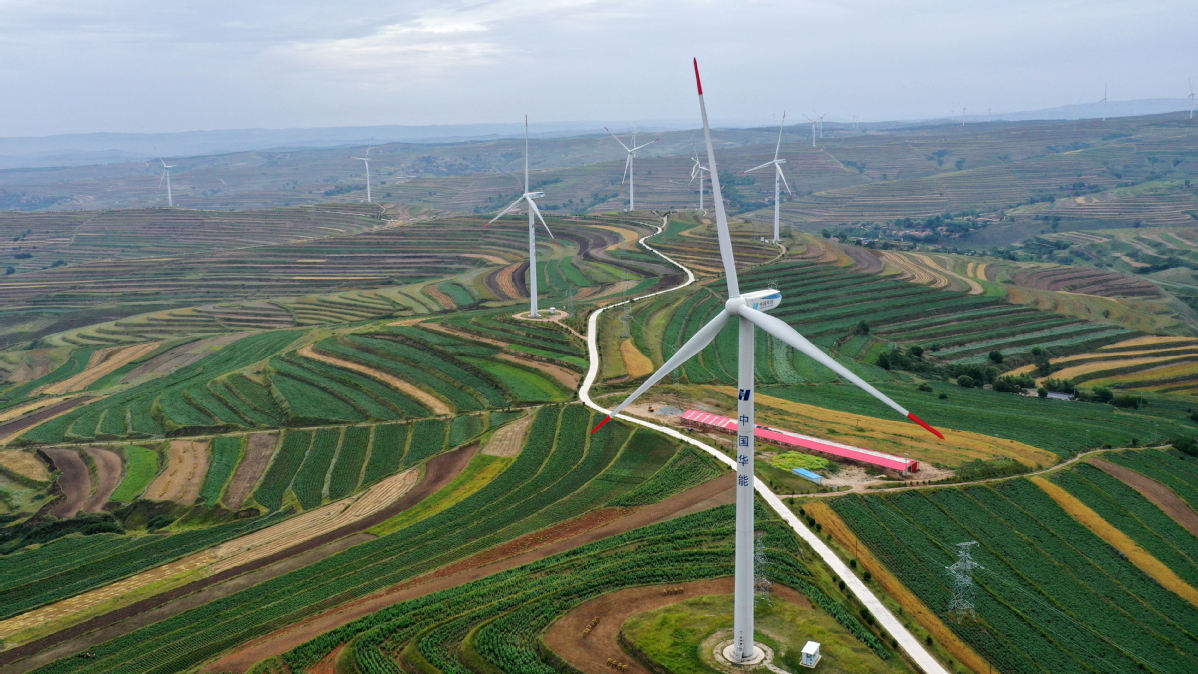 Accelerated steps should be made to build up China's carbon footprint management system on batteries for new energy vehicles as well as the carbon emissions market to guide the country's low-carbon development, lawmakers and political advisers said during the two sessions that ended recently.

"It is strategically important for China to establish a carbon footprint management system on batteries needed for NEVs, including related standards and rules," said Zeng Yuqun, a member of the 13th National Committee of the Chinese People's Political Consultative Conference.

Carbon footprint is the total amount of greenhouse gases released. The European Union proposed that only rechargeable industrial and electric vehicle batteries, for which a carbon footprint declaration has been established, can be placed on the market.

"China has leading advantages in battery technology, manufacturing and industrial chains, but there are gaps in its battery carbon footprint with Western countries," said Zeng, who is founder and chairman of battery giant Contemporary Amperex Technology Co Ltd, known as CATL.

"The United States and countries from Europe have incorporated battery carbon footprint evaluation into their strategic plans and formulated relevant supporting regulations," he added.

It also echoed the suggestion of Lei Jun, founder, chairman and CEO of Xiaomi Corp, who said NEVs have become a key battlefield for global competition in the auto industry, and a complete, clear and accurate carbon footprint accounting system is the premise and foundation for the low-carbon development of NEVs.

Lei, who is also a deputy to the 13th National People's Congress, suggested establishing industry standards and methods for carbon footprint accounting, as well as carbon footprint certification and incentive programs for emissions reductions.

He Lifeng, head of the National Development and Reform Commission, said on the sidelines of the two sessions that China is confident of achieving its dual-carbon goals.

"It will create new development and business opportunities, such as spurring the development of emerging sectors and the upgrading and renovation of old equipment," He said.

At the two sessions, CITIC Capital Holdings CEO Zhang Yichen, who is a member of the 13th CPPCC National Committee, suggested accelerating the construction of the country's carbon market.

"At the same time, more efforts are needed to strengthen cooperation with universities and scientific research institutes to boost team building and talent training in fields like carbon accounting, carbon trading and carbon data management," he added.

China will take well-ordered steps to achieve peak carbon emissions and carbon neutrality. The county will work harder to make coal usage cleaner and more efficient, while reducing the use of coal and replacing it with alternative energy sources in a well-ordered way, said this year's Government Work Report.

Li Shufu, founder of Geely Automobile and a deputy to the 13th National People's Congress, urged the adoption of methanol-powered vehicles to help achieve carbon neutrality in transportation.

Methanol is a clean fuel that can be made from abundant coal resources in the country and is widely seen as an ideal alternative fuel, Li said.

China also included the development of methanol vehicles in its plan for the green development of its industrial sectors during the 14th Five-Year Plan period (2021-25) and highlighted the replacement of fossil-fuel vehicles with clean-burning methanol.

"Methanol automobiles are expected to enjoy the same policy support as other NEVs so that more companies will be encouraged to join in the sector. In the end, carbon neutrality in the transportation sector will be stepped up," Li said.