* Access to electricity is an urgent challenge due to the African population projected to double to nearly 2.4 billion by 2050.

* Being among the most vulnerable continents to climate change, Africa bestowed greater importance on climate-friendly initiatives to mitigate the effects of climate change.

ADDIS ABABA, April 11 (Xinhua) -- After nine years of construction, the first unit of the China-built Zungeru Hydroelectric Power Station in Nigeria was put into operation in late March, with the other three units expected to go online by the end of this year. 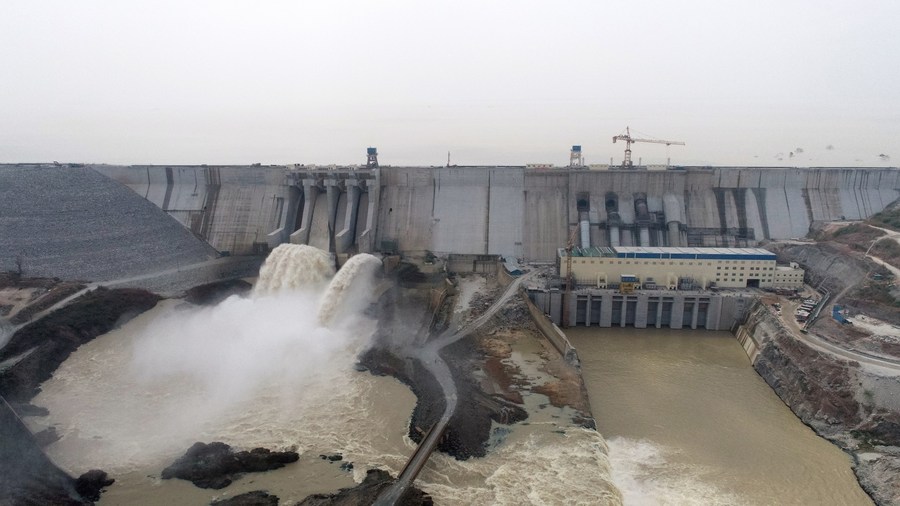 According to its builders, Power Construction Corporation of China and China National Electric Engineering Co. Ltd, once completed, the Zungeru Hydroelectric Power Station, with a total installed capacity of 700 MW, is expected to produce 2.64 billion kWh of electricity annually in the most populous country in Africa.

The power station is the epitome of China's efforts to help facilitate Africa's quest for green development.

According to the UN Economic Commission for Africa, access to electricity is an urgent challenge due to a growing population projected to double to nearly 2.4 billion by 2050.

Renewable energy such as solar, wind and hydro could be a viable alternative to meet the continent's burgeoning electricity needs, with most of Africa's energy currently coming from biomass and fossil fuels.

To help the continent achieve its green transition, China has prioritized clean energy in its cooperation with African countries. 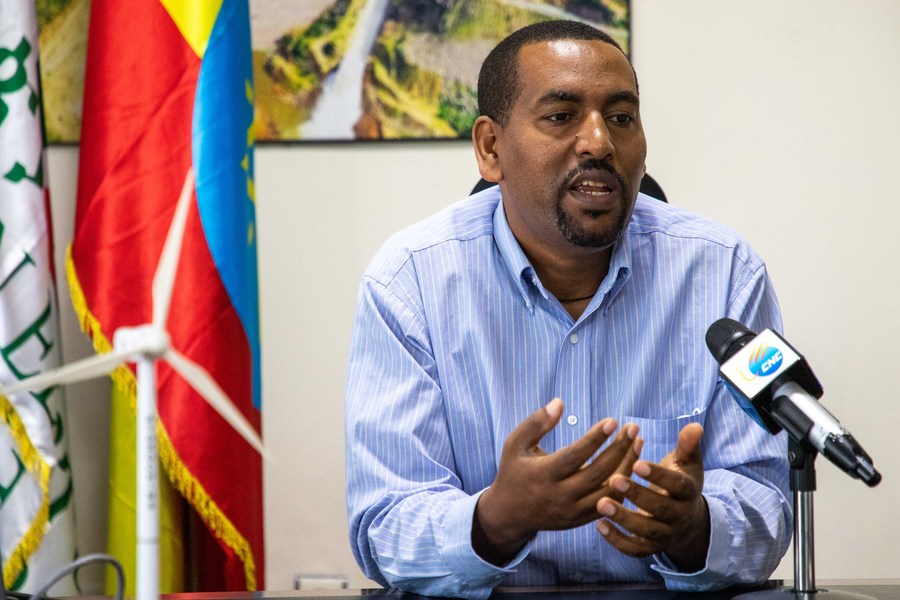 In the hydropower sector, cooperation with China enabled Ethiopia to realize the 254 MW Genale-Dawa III hydroelectric power station, which was inaugurated in the first quarter of 2020 and has been in safe operation since.

"Chinese involvement in Ethiopia's renewable energy sector is visible. They are increasingly involved in both hydro and wind power projects," Mekonnen told Xinhua. 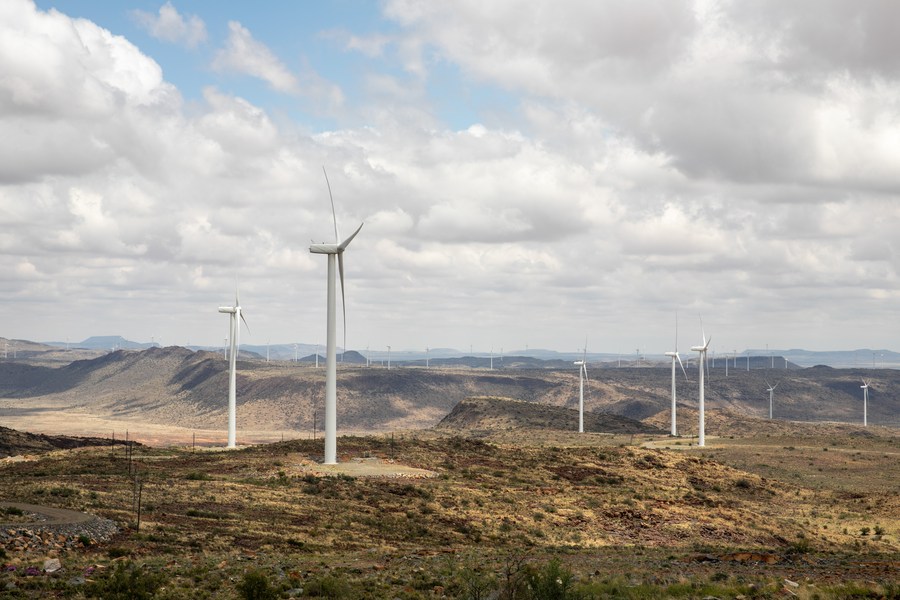 Since its operation in 2017, the project has been running in good condition and hasn't experienced any interruption, said Sheng Bin, manager of Safety Production and Technology Department of Longyuan South Africa Renewables.

In Uganda's midwestern district of Kiryandongo, workers from Sinohydro Corporation are busy with the final touches to the Karuma Hydro Power Plant along the Nile River.

The Karuma Hydro Power Plant, with 85 percent financing from the Export-Import Bank of China, will be the largest power-generating installation in the East African country once completed, with a generating capacity of 600 MW. 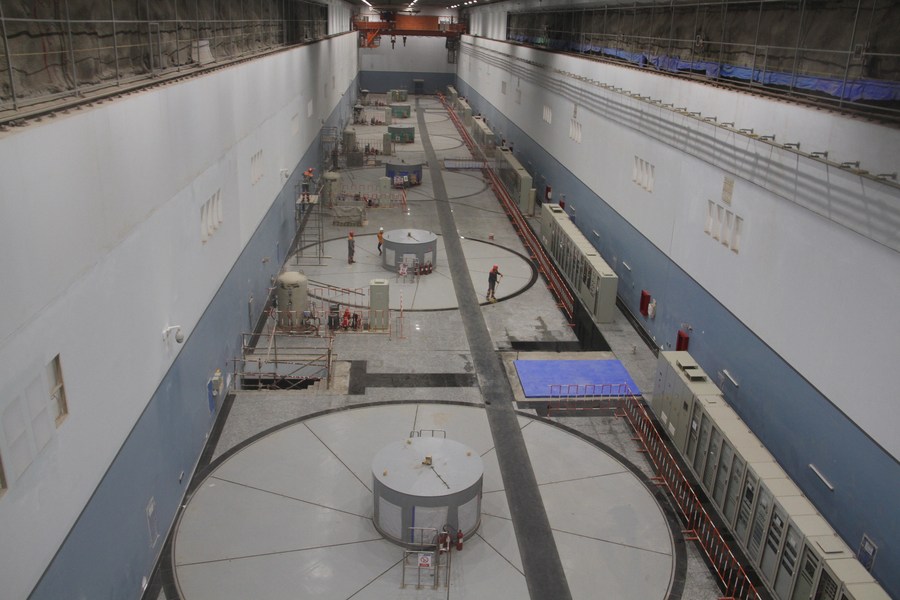 In Kenya, official figures showed that the installed capacity of solar power is more than 100 MW, while the China-financed Garissa Solar accounts for 50 MW.

Located in northern Kenya's Garissa county, it is the largest grid-connected solar power plant in East and Central Africa.

According to Kenyan President Uhuru Kenyatta, the Garissa Solar plant puts Kenya on the path to achieving green energy sufficiency and adds to Kenya's rich profile as the center of green energy generation in Africa.

Being among the most vulnerable continents to climate change, Africa bestowed greater importance on climate-friendly initiatives to mitigate the effects of climate change.

Experts said China's remarkable efforts at home to reach peak carbon dioxide emissions before 2030 and achieve carbon neutrality before 2060 are rubbing off on Africa's ambitions to develop eco-friendly energy.

"China has been the leading partner in the continent's desire to switch to solar and wind energy," Kenya-based international relations scholar Cavince Adhere wrote in a recent commentary.

According to Melaku Mulualem, senior international relations and diplomacy researcher at Ethiopia's Institute of Strategic Affairs, China-Africa cooperation in clean energy development is part of China's commitment to greening the continent.

Mekonnen, from Ethiopian Electric Power, said Chinese engagement in the clean energy development sector in Ethiopia and elsewhere across the continent is characterized by financing the projects and the unfettered transfer of technologies and know-how to local experts.

At the Eighth Ministerial Conference of the Forum on China-Africa Cooperation held Nov. 29-30 in Senegal last year, the China-Africa Declaration on Climate Change Cooperation was adopted to bolster the continent's green development.

"China has helped Ethiopia and other African countries with ... the process of low carbon green transformation," Costantinos told Xinhua.

Overall, there is a strong sense that African development should not come at any cost to the environment. Both Africa and China attach great importance to policies and strategies geared at ecological and environmental protection.