The high-precision positioning and timing services of China’s BeiDou Navigation Satellite System (BDS), a global navigation system independently designed and developed by China as well as one of the four major global navigation satellite systems (GNSS), had been used over 100 billion times per month as of March 2022.

The BeiDou system has provided services for a total of more than 1.1 billion people for over two trillion times, with its high-precision positioning and timing services benefiting more than 200 countries and regions around the world.

Based on the characteristics of the BDS smart positioning and timing services, including wide coverage, a large number of users and high requirement of real-time response, China has independently developed a high-performance distributed application framework, which can achieve high coverage and high availability, and is able to handle high-concurrency scenarios, thus providing smarter positioning services for users.

The construction of BDS began in 1994 and was finished on July 31, 2020. So far, China has 45 BeiDou satellites in orbit, which enable the system to provide basic services of positioning, navigation and timing as well as the featured service of short message communication.

Both the space and ground infrastructure of the system have formed relatively complete service capabilities. An industrial system centered round the BDS system has been established, and relevant industrial applications have taken shape. 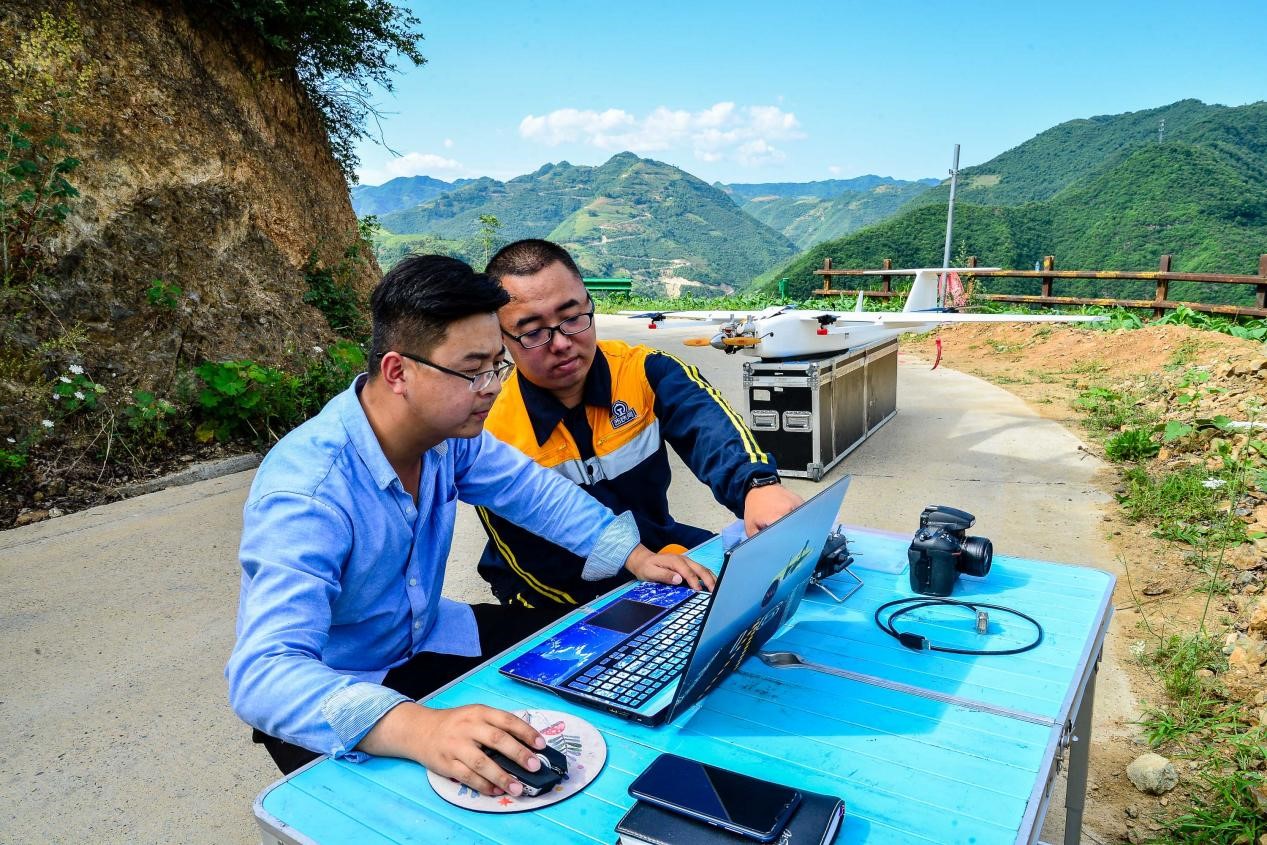 Technicians adjust the flight parameters of drones with the help of the BeiDou Navigation Satellite System (BDS) when using drones to collect video and picture data on mountains along a railway in Hanzhong city, northwest China’s Shaanxi province, in June 2020. (People’s Daily Online/Yang Jinglong)

The BDS has achieved in-depth application and large-scale development in many industries, including transportation, disaster relief and mitigation, agriculture, forestry, animal husbandry and fishery, as well as in electric power, communications infrastructure and other fields.

As of the end of 2021, more than 7.9 million vehicles had been equipped with the BDS; nearly 8,000 sets of BeiDou terminals of various types had been used in the railway sector; over 100,000 agricultural machines had been equipped with self-driving system based on the BDS; and the output value of downstream operation and service links, including health care, epidemic prevention and sterilization, remote monitoring and online services, reached nearly 200 billion yuan ($31.4 billion).

Meanwhile, comprehensive breakthroughs have been made in the BDS’s application in scenarios more closely related to people’s life.

The BDS is employed to provide precise positioning and timing information for all kinds of intelligent machines to help them perceive the surrounding environment and make decisions properly. Its high-precision positioning and timing services are used in equipment and devices ranging from mobile phones, automobiles, drones, shared bikes and buses, to road infrastructure facilities including smart traffic cones, warning triangles and cameras, and to monitoring equipment that can identify deformation of dilapidated houses, bridges and mines.

At present, the BDS’s acceleration auxiliary positioning service has been embedded in almost each one of China’s home-made smartphones.

The shipment of domestic smartphones equipped with BDS services reached 324 million units in 2021, accounting for 94.5 percent of the country’s total domestic smartphone shipment, according to data released by the National Development and Reform Commission of China.

Besides, BDS basic products have been exported to over 120 countries and regions. The system has been successfully applied in such fields as the confirmation of land-use rights, precision agriculture, digital construction and smart ports in the Association of Southeast Asian Nations (ASEAN), South Asia, Eastern Europe, West Asia, Africa and other regions, providing high-quality services for local economic and social development.