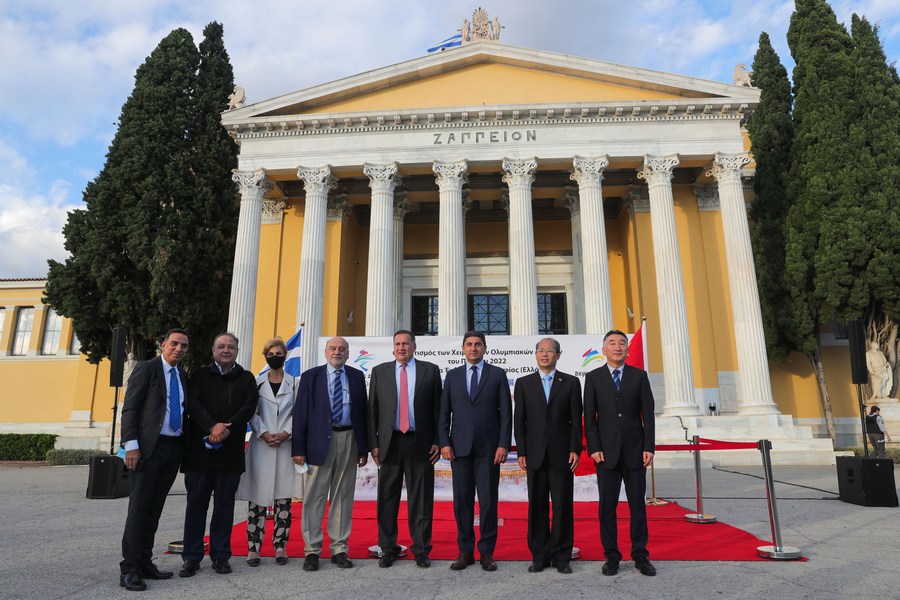 Guests pose for photo at the inauguration ceremony of the culture of the Winter Olympics of Beijing 2022 World Photography Exhibition (Greece) in Athens, Greece, Oct. 13, 2021. (Xinhua/Zheng Huansong)

Xi pointed out that for half a century the two sides, with a historical perspective, have been keeping with the trend of the times, firmly supported each other on issues involving their respective core interests and major concerns, worked together in the joint construction of the Belt and Road in a spirit of openness and win-win cooperation, and carried forward the wisdom of the time-honored civilizations and the Olympic spirit, which have brought tangible benefits to the two countries and their people and set a good example of mutual learning among civilizations for the international community. 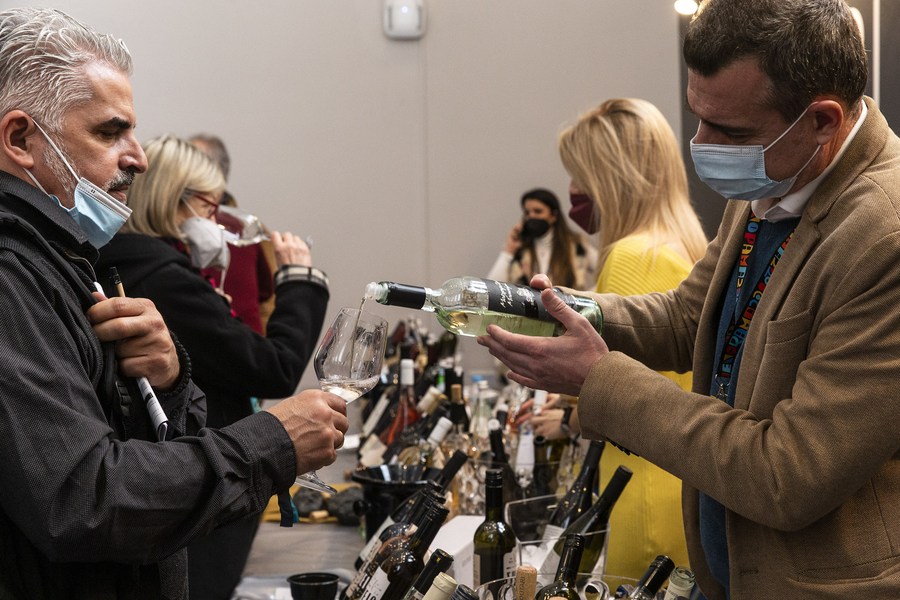 An exhibitor pours a glass of wine for a visitor at "Oenorama 2022," an exhibition of Greek wines, in Athens, Greece, on March 12, 2022. (Xinhua/Marios Lolos)

Xi stressed that he attaches great importance to the development of China-Greece relations, and stands ready to work with President Sakellaropoulou to take the 50th anniversary of diplomatic ties as an opportunity to deepen the traditional friendship, expand practical cooperation, promote cultural exchanges and enrich the connotation of the China-Greece comprehensive strategic partnership, so as to benefit the two countries and their people.

In her message, Sakellaropoulou said that over the past five decades since the establishment of diplomatic relations, Greece and China have nurtured bilateral relations featuring cooperation and friendship in the spirit of mutual understanding and mutual respect.

She expressed the confidence that both sides will join hands to advance the grand goal of promoting dialogue among civilizations and safeguarding world peace.