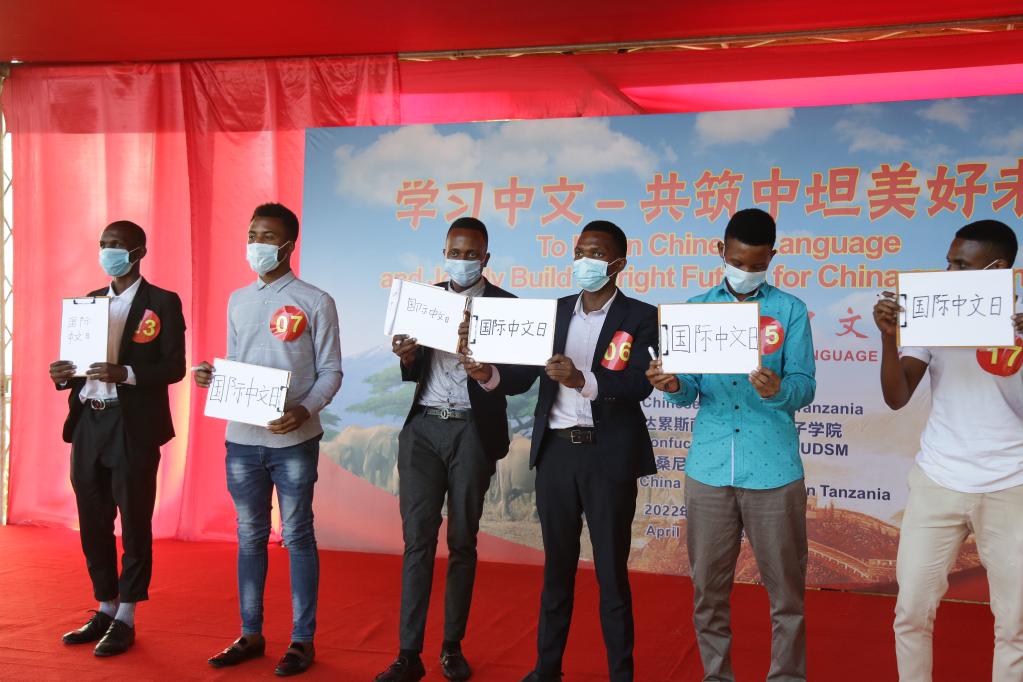 DAR ES SALAAM, June 16 (Xinhua) -- A prompt reply by Xi Jinping, general secretary of the Communist Party of China (CPC) Central Committee, to a letter from all participants of the Former Liberation Movements of Southern Africa Leading Cadres Workshop 2022 is an inspiration to southern African youth cadres.

Nawanda Yahya, head of the participants from Tanzania, said that being replied by Xi in less than a week is an inspiration to the African party cadres and leaders who attended the two-week workshop held at the Mwalimu Julius Nyerere Leadership School located in Kibaha District of Tanzania's Coast Region.

"We were overjoyed when we learned that the general secretary of the CPC Central Committee has replied to us in less than a week," said Yahya, a cadre of Tanzania's ruling CCM party, in a recent telephone interview with Xinhua.

"Getting a reply in less than a week from such a busy leader shows how humble he is and how he acts quickly to people's concerns," said Yahya, also a commissioner of Tabora District.

Marcelina Chijoriga, principal of the Mwalimu Julius Nyerere Leadership School, said the reply and acknowledgement from Xi was a great thing that brought more hope to the youth cadres of the six African parties and Africa as a whole.

"They feel they are able to explore the new world, build capacities and capabilities of our people and make due contributions to our countries' political and socio-economic development," said the principal, adding "they are able to take on responsibilities and actively participate in the nine programs in the FOCAC Plan 2022-2024."

Natangue Ithete, assistant chief whip of the SWAPO Party said "it makes us to understand that unity is strength. You need to have the people on your side to move forward, you can't go forward alone."

Running from May 25 to June 2, the workshop featuring lectures, open discussions and experience sharing from participants brought together 120 participants aged 22-45 from Tanzania, South Africa, Mozambique, Angola, Namibia and Zimbabwe.

The workshop provided an opportunity for the youth cadres to meet under one roof, Tendai Chirau, ZANU-PF deputy secretary for security in the Politburo said, adding "that means a lot to us."

"More importantly, there are key things that we learnt during the workshop such as ... how China has been able to remove people from poverty," he said.

Xi said in the letter that he hopes that the participants voluntarily shoulder the responsibility and mission entrusted to them by this era, take an active part in the cause of the China-Africa friendship, carry forward and pass on the spirit of China-Africa friendship and cooperation, and contribute to the building of a high-quality China-Africa community with a shared future.

After receiving the letter, the youth cadres promised to integrate theory with practice, and fully devote themselves to seeking development of their countries and happiness of their people.

Sibongile Besani, head of the ANC Presidency, said the CPC, to eradicate poverty in China, embarks on a clear program. "We can learn from the CPC, they look at all avenues at how they can help people," he said.