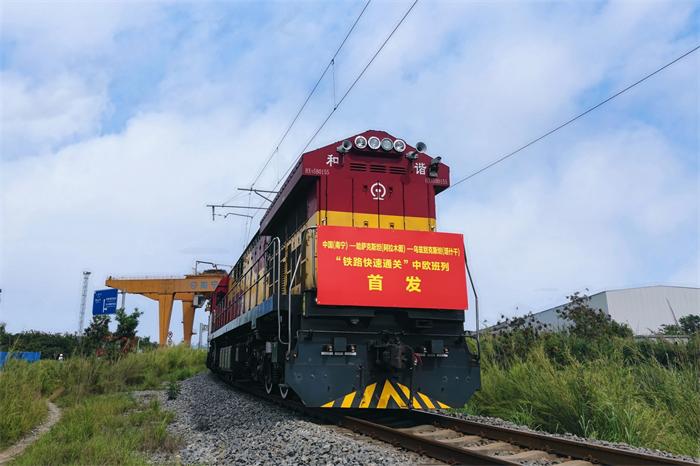 The 2,418 tonnes of cargo carried, including sugar and networking cables from China as well as cashew nuts and daily necessities from Vietnam, is scheduled to travel around 4,662 km and arrive at Tashkent in 7 days, according to China Railway Nanning Group Co., Ltd.