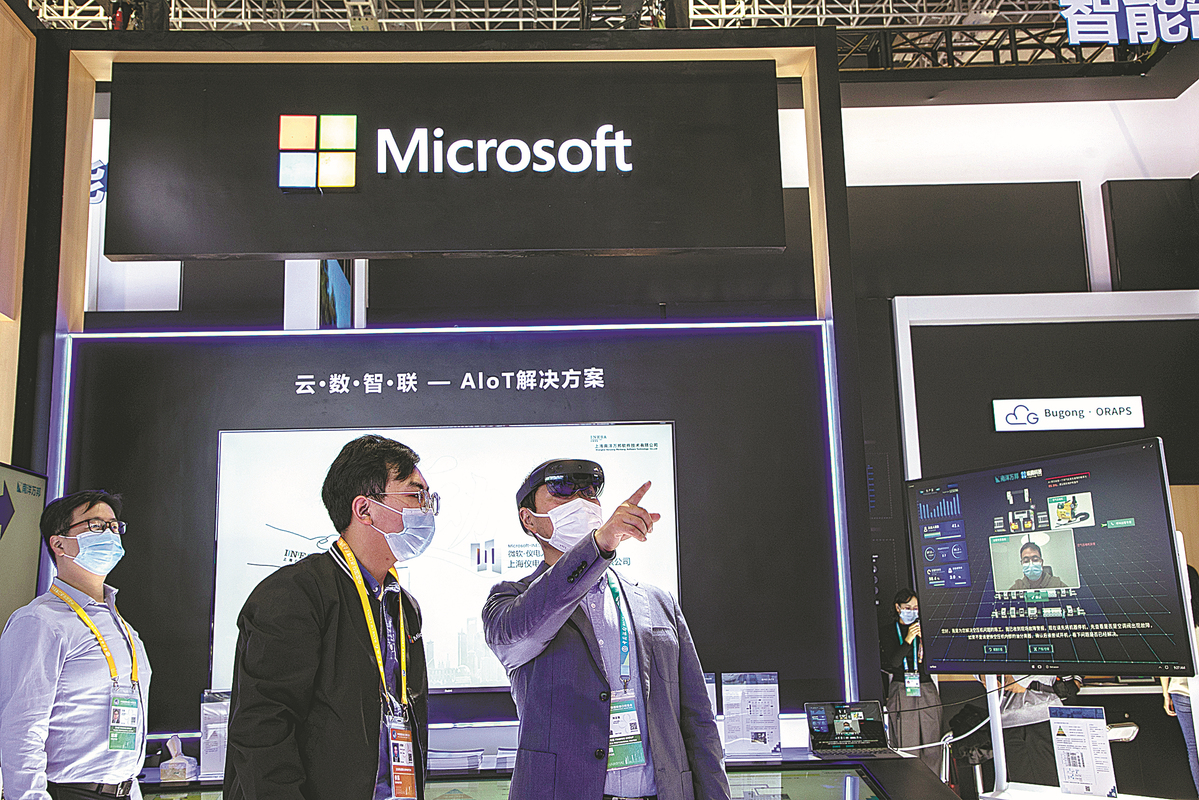 Microsoft Corp is ratcheting up its efforts to tap into the burgeoning Chinese cloud computing market as the United States-based technology firm is scheduled to unveil new hybrid cloud capabilities in China in the second half.

Microsoft's new hybrid cloud move comes after the company brought a new data center region online in China in March, which means its cloud computing capacity in the nation has been boosted twelvefold since 2014 amid rapid growth.

Li Ming, Azure China strategy lead and director of product marketing at Microsoft, said the company is dedicated to using its digital technologies to help both multinationals come to China and Chinese companies to go global, driving their digital transformation strategies.

Microsoft said its new hybrid cloud capabilities are based in part on existing Azure cloud services such as Azure Arc－an important component of Microsoft's hybrid cloud strategy. Introduced in 2019, the service enables administrators to manage on-premises servers through the same interface that they use to orchestrate infrastructure resources in Microsoft's public cloud. For administrators, performing infrastructure maintenance tasks in a single, centralized interface can be more efficient than the traditional approach of using multiple tools.

Tao said the popularity of private cloud and hybrid cloud has always been an important feature in the Chinese market, which is quite different from other markets.

Most other regions around the world are dominated by public cloud and only supplemented by private cloud, but the consensus Microsoft has seen in the Chinese market is that, the government, enterprise industries, corporate customers and foreign companies are all very interested in the hybrid cloud strategy, Tao said.

To better meet local demand, Microsoft is bringing more hybrid cloud technologies to China. This is part of the US tech heavyweight's broader, long-term commitment to the Chinese market. Having been here for 30 years, Microsoft aims to better ride the next wave of the nation's digital development.

Joe Bao, president of Microsoft China, said in an interview with China Daily earlier this year that the new data center Microsoft launched in March in North China is the biggest one it has in the China market so far.

Currently, about 40 percent of Microsoft's China cloud computing business comes from helping multinationals set up such operations in the nation, 40 percent from helping Chinese companies go global, and about 20 percent from delivering specific industry expertise within China, Bao said.

He said Microsoft now has hundreds of thousands of developers, partners and customers on its cloud in the China market, and its local cloud business has been outpacing the average industry performance and its internal targets.

"We are seeing on average over 50 percent year-on-year growth in areas like helping multinationals land in China," Bao added.

"Cloud has continued to be a hot market, and transformation strategies are emphasizing digital resiliency to face the market challenges of today and tomorrow," said Blake Murray, research analyst at Canalys. "To be effective in resiliency planning, customers are turning to channel partners with the technical and consulting skills to help them effectively embrace hyper-scale cloud services."

In the first quarter, China continued to be the leading growth market for cloud infrastructure services expenditure. Such spending on the Chinese mainland hit $7.3 billion in the first three months, up 21 percent from a year ago and accounting for 13 percent of the global total, Canalys said.

"Healthy competition makes us all better. Microsoft's unique advantage lies in our global footprint, including more than 200 physical data centers across 34 markets, technology innovation, as well as our commitments to security and compliance," Bao added.