Croatia's Prime Minister Andrej Plenkovic said the bridge is a centuries-old dream coming true for his country. Its completion has given bilateral cooperation "a completely new dimension."

The Peljesac Bridge, he said, connects Croatia with Europe and also with China.

KOMARNA, Croatia, July 26 (Xinhua) -- The Chinese-built Peljesac Bridge linking Croatia's southern Adriatic coast and the rest of the country heralds the further development of the country's ties with China, the prime minister of Croatia said here on Tuesday.

The completion of the bridge is of great importance for Croatia and its people, Prime Minister Andrej Plenkovic said in a written interview with Xinhua ahead of the bridge's inauguration on Tuesday.

He said the bridge is a centuries-old dream coming true for his country. Its completion has given bilateral cooperation "a completely new dimension."

The bridge, co-funded by the European Union (EU), was built by a consortium led by the China Road and Bridge Corporation (CRBC). The CRBC outbid two competitors to win the public procurement procedure in 2018. 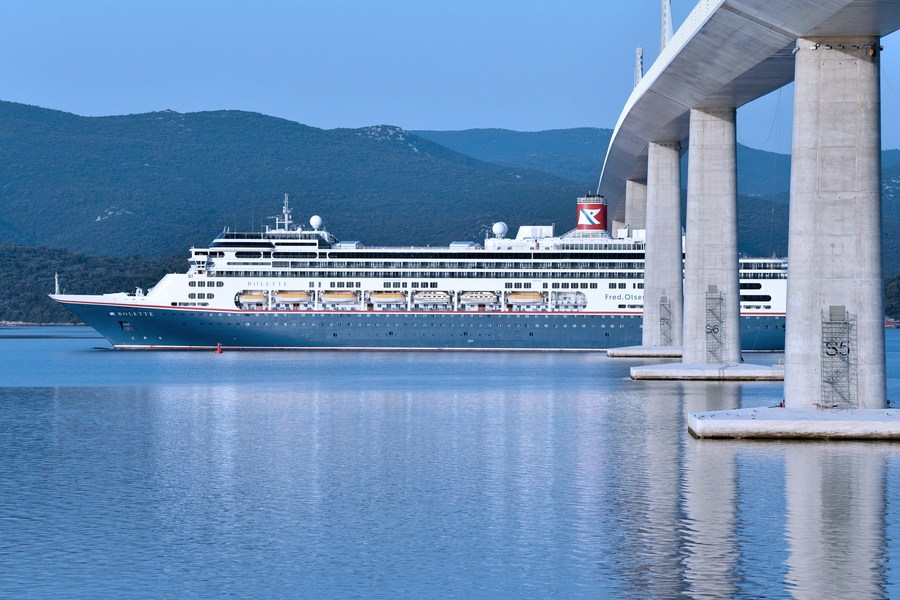 Recalling his visit to the construction site with Chinese Premier Li Keqiang in 2019, Plenkovic said the completion of the bridge laid the foundation for the further development of bilateral ties.

The construction of the bridge is a "turning point in the relations between Croatia and China," he said. "It is also a pledge for the further development of quality economic relations, increased investment, trade and intensification of our cooperation."

The Peljesac Bridge, he said, connects Croatia with Europe and also with China.

The bridge not only connects the Croatian mainland to the Peljesac peninsula but also facilitates access to the country's south, including to Dubrovnik, the crown jewel of tourism. It will therefore greatly benefit tourism and trade and will reinforce the region's territorial cohesion, the prime minister said.

The bridge is the largest project co-financed by the EU in the country. 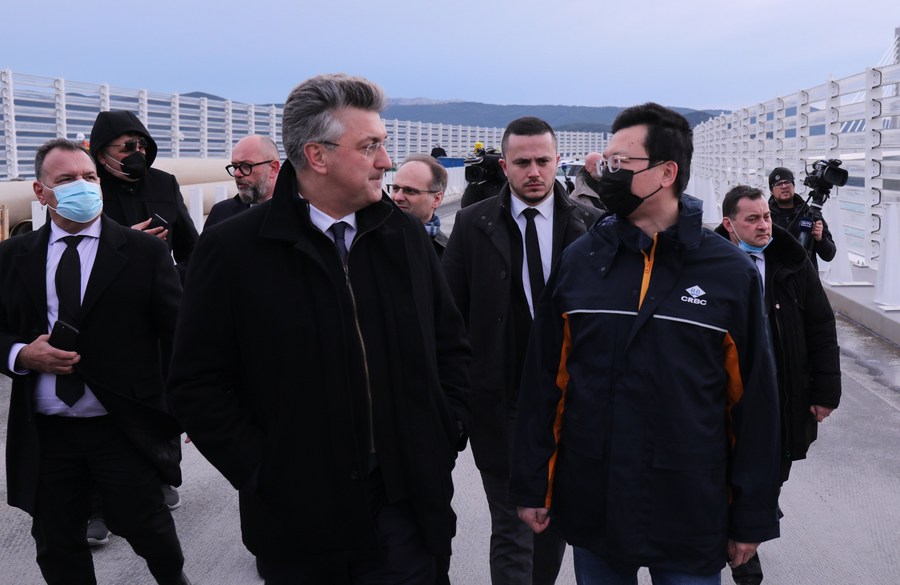