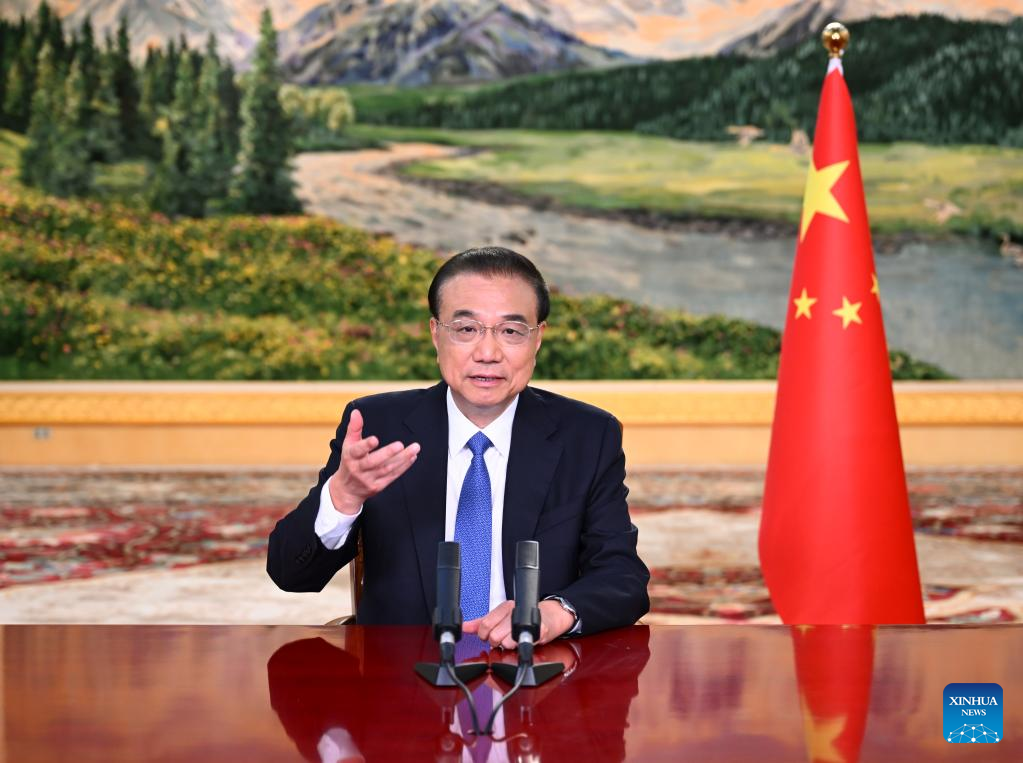 Li made the remarks via video link when speaking at the inauguration ceremony of the Chinese-built project on Tuesday. The bridge, 2,440 meters in length and 22.5 meters in width, links Croatia's southern Adriatic coast and the rest of the country. It is by far the largest transport infrastructure project ever since the establishment of China-Croatia diplomatic ties, and is regarded as a model of tripartite cooperation among China, Croatia and the European Union (EU).

Recalling his visit to the construction site with Croatian Prime Minister Andrej Plenkovic three years ago, Li said it is a great achievement that the project had been completed and opened to traffic as per schedule, despite multiple challenges such as the COVID-19 pandemic and earthquake.

He added that the bridge, embodying the China-Croatia friendship, is expected to greatly facilitate local people's trips and logistics, boost economic and social development, and improve people's well-being in Croatia.

The premier stressed that the project, undertaken by a Chinese enterprise through open bidding and fair competition, had followed market rules and the regulations of the EU, and realized the alignment of investment, standards, equipment and materials between China and Europe.

He said the project serves as an example of China-Europe cooperation featuring complementarity and mutual benefits.

China and the EU are comprehensive strategic partners. China is happy to see a united and prosperous Europe, and has always advocated cooperation and mutual learning on the basis of mutual respect and equal treatment, which serve the fundamental and long-term interests of both sides, Li said.

China and the EU are important political forces in the world and major economies, and their cooperation will not only contribute to their own development but also to the development and progress of humanity, he added, urging the two sides to jointly uphold the rule-based multilateral trade regime with the World Trade Organization as its center and build an open world economy.

Noting that this year marks the 30th anniversary of the establishment of diplomatic ties between China and Croatia, Li said the opening of the bridge is a new milestone in the friendship between the two countries and the two peoples.

At the inauguration ceremony, Croatian leaders expressed their gratitude toward China for its significant contributions to the construction of the bridge, hailing the skills of Chinese workers and the high quality of the bridge.