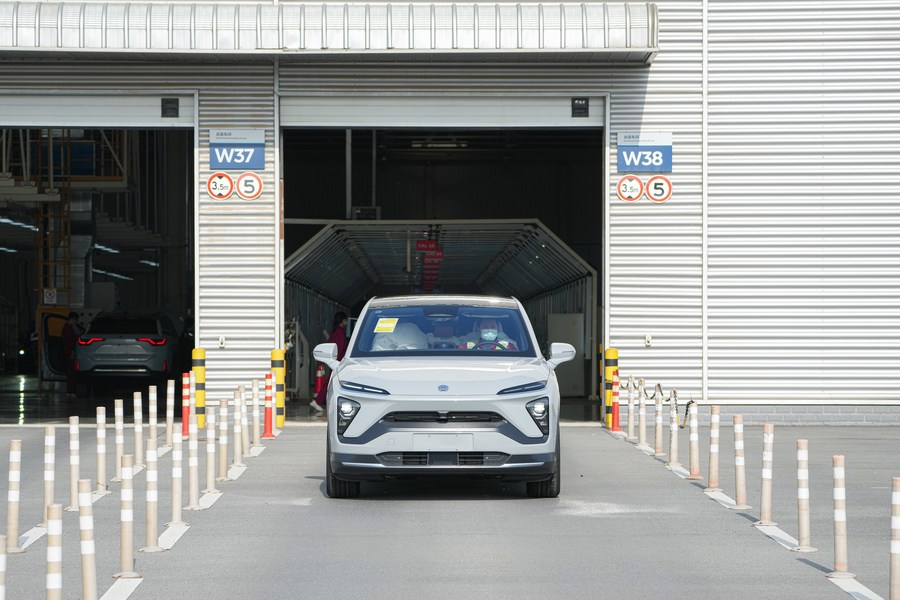 An intelligent electric vehicle is seen at the NIO manufacturing base in Hefei, east China's Anhui Province, April 21, 2022. (Xinhua/Du Yu)

This marks the official start of collaboration between the two companies in the EV energy sector.

In last November, NIO announced the signing of a strategic partnership agreement with Shell on jointly constructing and operating charging and battery swap facilities in China and Europe.

According to the agreement, the two sides will work together to build 100 battery swap stations in China by 2025 and operate pilot stations in Europe starting from 2022.

Meanwhile, Shell's charging network in Europe will be accessible to NIO users.