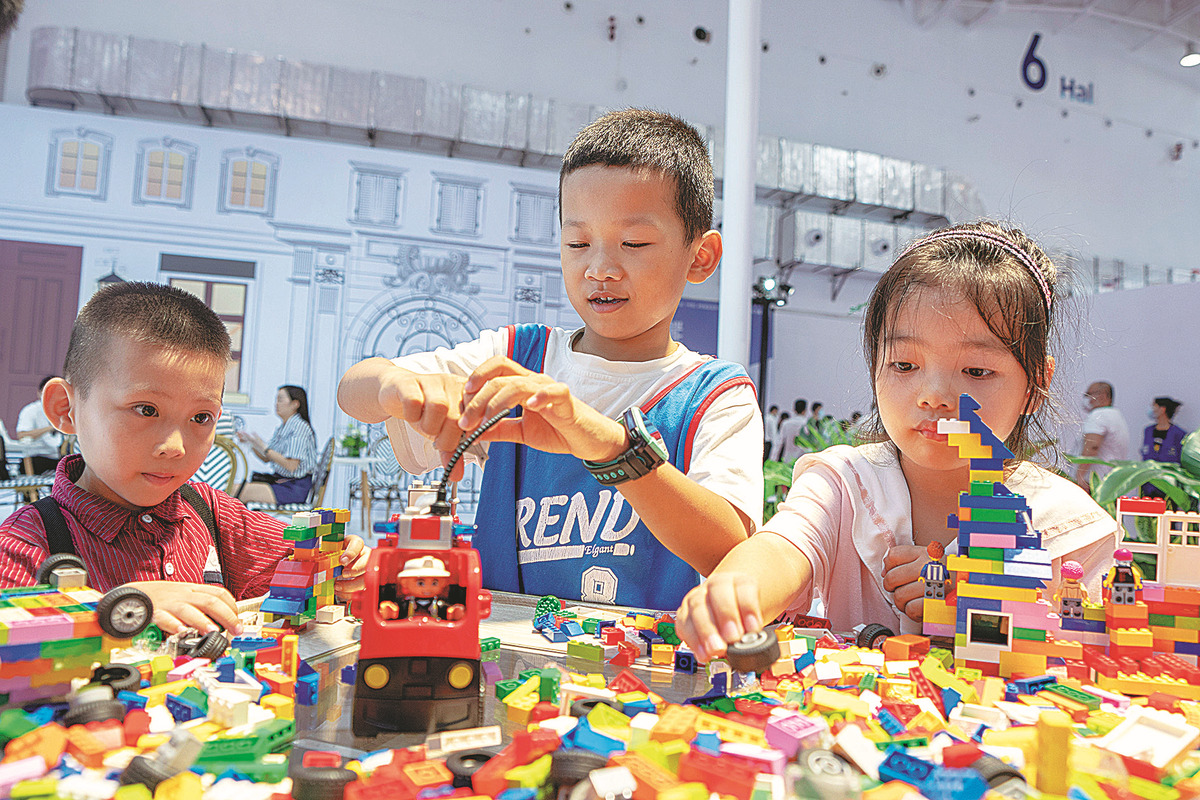 Leading global toymaker Lego Group has continued to accelerate the expansion of its retail business in China by opening more stores in smaller cities and reaching more consumers through social media platforms.

Lego on Saturday opened its first branded stores in Haikou, capital of tropical Hainan province, which marks the entry of the company to its 100th mainland city. At present, the Danish toymaker and retailer has opened about 350 certified stores and seven flagship stores on the mainland, offering personal brick-and-mortar services and experiences to consumers.

Paul Huang, general manager of Lego China, said, "We are on track to open nearly 400 branded stores by the end of this year."

Despite the impact of the COVID-19 resurgence in the first half, Lego China has opened 50 new stores so far this year. In the past three years, the company has added nearly 80 new stores each year, Huang added.

Huang said the presence in Haikou, a fast-rising second-tier city in the country, allowed the company to reach more children and Lego fans in the province.

Robust demand from second and third-tier cities, boosted by growth of middle-income families, has shown immense business potential, he added, strengthening further their commitment and confidence in the investment and development in the market.

The general manager said the company has a strong belief in the value of brick-and-mortar retail, which has still served as a crucial channel to connect closely with consumers, particularly in terms of their penetration strategy.

"Opening stores in a new city matters a lot to our coverage and penetration," said Huang. "So children in lower tier cities won't have to go to Beijing or Shanghai to experience our products."

Store formats have also been upgraded and diversified to meet demand from modern retail development, according to the company.

More larger-sized certified stores will appear at major commercial complexes while smaller-sized or even mini stores are expected to appear where consumers are, Huang said.

In e-commerce, Lego has recently launched social media accounts on the Little Red Book and Douyin, a short-video platform, to encourage more interaction with consumers and to act as an emerging digital retail channel.

To support Lego's development in China and the Asia-Pacific market, the company has increased investment in its production facilities in Jiaxing, Zhejiang province, and expanded its production capacity.