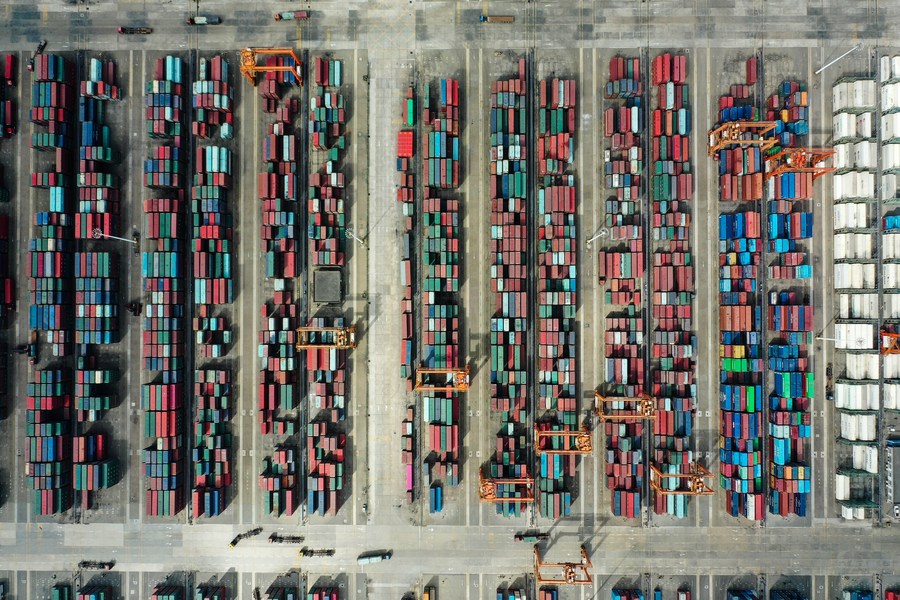 South China's Guangxi Zhuang Autonomous Region has witnessed the actual use of foreign investment from the Regional Comprehensive Economic Partnership (RCEP) countries reaching 48.6 million U.S. dollars in the first seven months of this year, up 348 percent year on year, according to the region's department of commerce.

Yang Chunting, director of the Commerce Department of Guangxi Zhuang Autonomous Region, said that since the beginning of 2022, Guangxi has accelerated the construction of its ports and promoted the opening-up level, which turned its foreign trade growth from negative to positive.

Located at border area of China in the south, Guangxi has many ports connecting China to ASEAN countries, all of which are also RCEP members, in land or by sea.

At present, the region's daily customs clearance capacity of heavy vehicles at the land ports has exceeded 1,500, 15 percent higher than the average level of last year.

In July, Guangxi's import and export volume exceeded 60 billion yuan, with an increase of 22 percent from the previous month, hitting a new record high in terms of single month.

According to Yang, Guangxi will continue to improve the efficiency of its port traffic and ensure that the daily clearance volume of heavy vehicles at border land ports remains over 1,000. The local government will strive to innovate the development model of border trade, and tap the potential of the ports' service capacity to suport foreign trade.