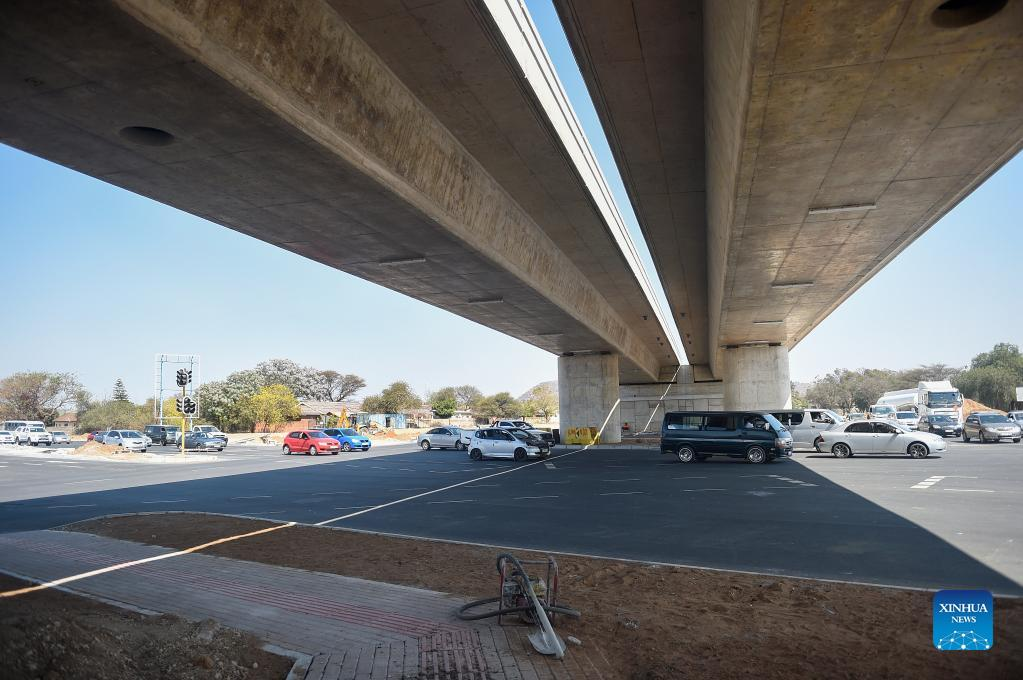 Vehicles run underneath the bridge of a China-built rainbow intersection in Gaborone, Botswana, Sept. 9, 2022. (Photo by Tshekiso Tebalo/Xinhua)

The rainbow intersection is about 98 percent complete and traffic is allowed to go underneath the bridge to allow the builders to finish both ends of the bridge from Friday, said the manager.

Baele said the intersection, with a 1.1-km flyover of four lanes, is expected to be fully operational by the end of September this year. It is part of three grade-separated intersections in Gaborone that were awarded to a joint venture of China Jiangsu International Botswana (Pty) Ltd, Zhong Gan Engineering & Construction (Pty) Ltd, and Unik Construction Engineering (Pty) Ltd in October 2018 for 447 million pula (about 34.53 million U.S. dollars).

Traffic congestion and travel times in Gaborone will be reduced when the whole project is completed by December this year. The city's mobility and productivity in different sectors of the economy will be improved, according to the Ministry of Transport and Public Works. Vehicles run underneath the bridge of a China-built rainbow intersection in Gaborone, Botswana, Sept. 9, 2022. (Photo by Tshekiso Tebalo/Xinhua)