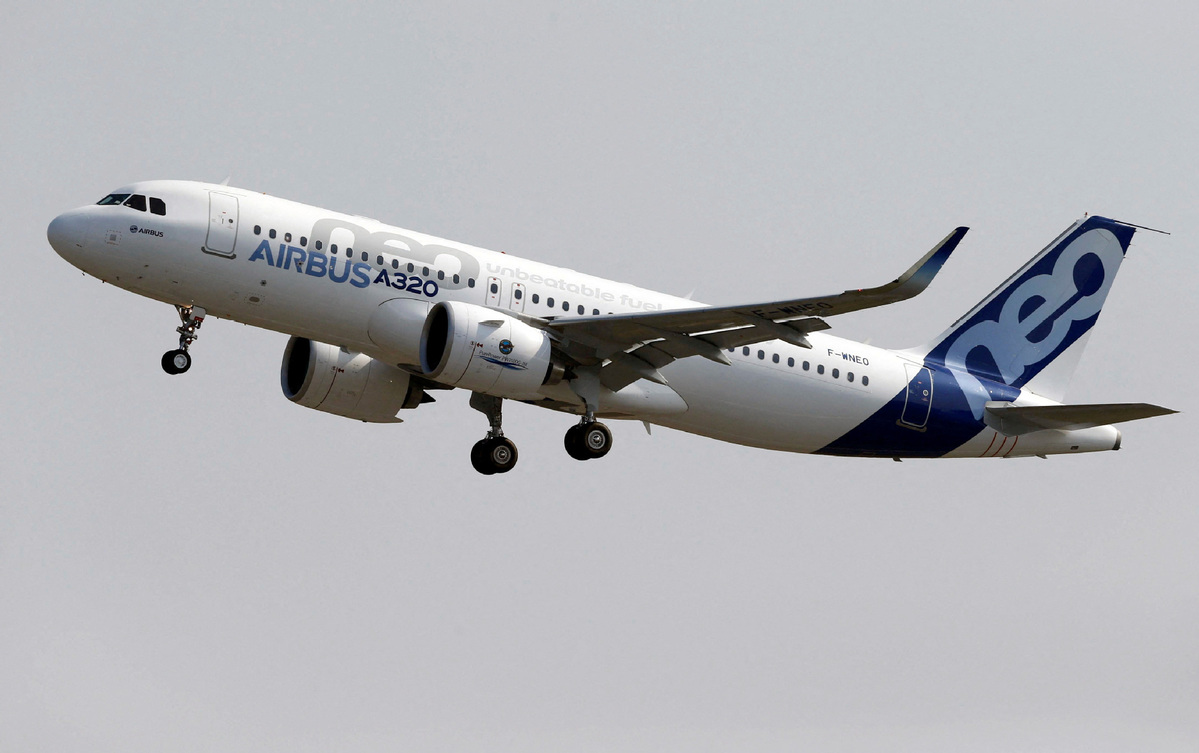 The Airbus A320neo (New Engine Option) takes off during its first flight event in Colomiers near Toulouse, southwestern France. [Photo/Agencies]

The order would be worth about $4.85 billion based on list prices of $105 and $136 million per aircraft, Xiamen Airlines' parent company China Southern Airlines said in a filing with the Shanghai Stock Exchange. Deliveries of these planes will take place in stages from 2024 to 2027.

Xiamen Airlines until now had exclusively Boeing aircraft in its fleet, The Paper said. The airline has rented 15 A321neo aircraft so far.

The A320neo family (neo for new engine option) is a more fuel efficient, quieter, and more environmentally friendly product of the A320 family of narrow-body airlines, according to Airbus.

Air China ordered 64 A320neo aircraft, its holding subsidiary Shenzhen Airlines 32, China Eastern 100 and China Southern 96. The new aircraft are due to be delivered between 2024 and 2027.