* China's modernization, highlighted in a written speech by Chinese President Xi Jinping at the APEC CEO Summit, has drawn wide attention and was regarded as of pivotal importance for stimulating regional growth and prosperity by observers.

* Being a major trading partner of many Asia-Pacific economies and an important part of the industrial and supply chains in the region, China has become a major advocate and promoter for achieving common growth in the region through better integration.

BEIJING, Nov. 18 (Xinhua) -- At the ongoing 29th Asia-Pacific Economic Cooperation (APEC) Economic Leaders' Meeting in Bangkok, Thailand, leaders and representatives are seeking to pool their wisdom for steady development in the region and around the world.

Among all factors, China's modernization, highlighted in a written speech by Chinese President Xi Jinping at the APEC CEO Summit, has drawn wide attention and was regarded as of pivotal importance for stimulating regional growth and prosperity by observers.

They expect high-quality development of China's economy to bring more opportunities for APEC members, a more open China to further boost regional integration, and a new development paradigm of China to offer good examples for other regional parties. 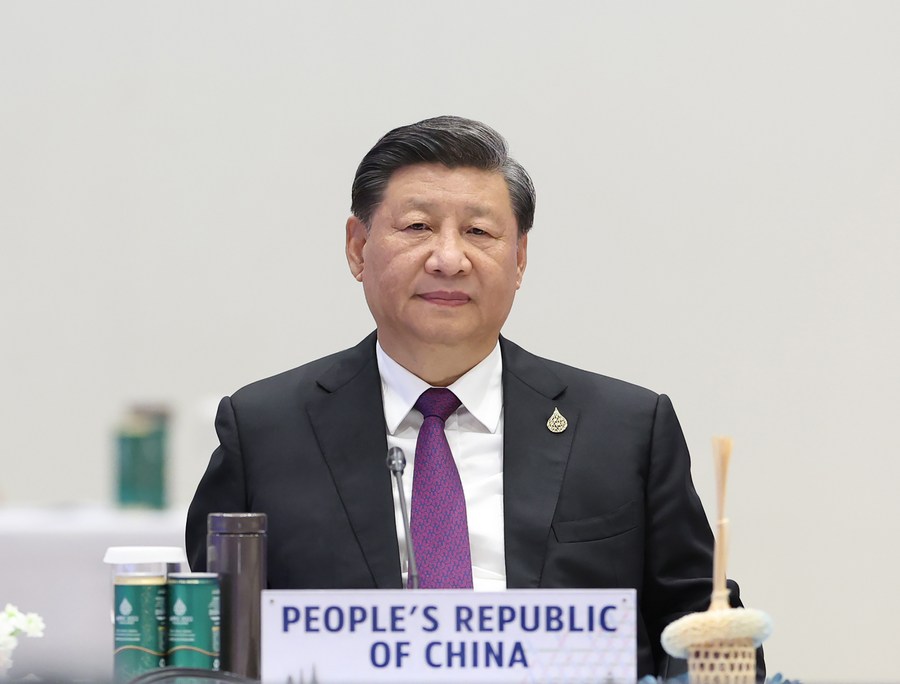 "China, as a member of the Asia-Pacific, has benefited much from the region. In return, it has shared its development gains with others in the region," said the Chinese president, adding that China is committed to promoting the building of an Asia-Pacific community with a shared future, and will do more to enhance the stability and prosperity of the Asia-Pacific.

The remarks made Low Kian Chuan, president of the Associated Chinese Chambers of Commerce and Industry of Malaysia, feel more confident in China to inject more impetus in the regional economic development. "Chinese modernization will undoubtedly provide more opportunities and bring bigger market, more technology and talents," he said.

As it strides toward modernization, the high-quality development of China's economy means more opportunities for other APEC members.

"China has a clear vision and goal to build a modern socialist country by increasing per capita income and enhancing technology, which will bring more bilateral economic cooperation for the mutual benefit of China and its trading partners," said Low.

With the steady growth of its own economy, China also champions common prosperity and is willing to share the dividends of its development with all partners, both regional and global.

China has been sharing opportunities with other countries by launching the China International Import Expo, establishing pilot zones for Silk Road e-commerce cooperation, bringing into force the Regional Comprehensive Economic Partnership (RCEP) and applying for the membership of the Comprehensive and Progressive Agreement for Trans-Pacific Partnership (CPTPP).

Welcoming the opportunities brought by China, Low said: "We hope China can play a more important role on the APEC platform." 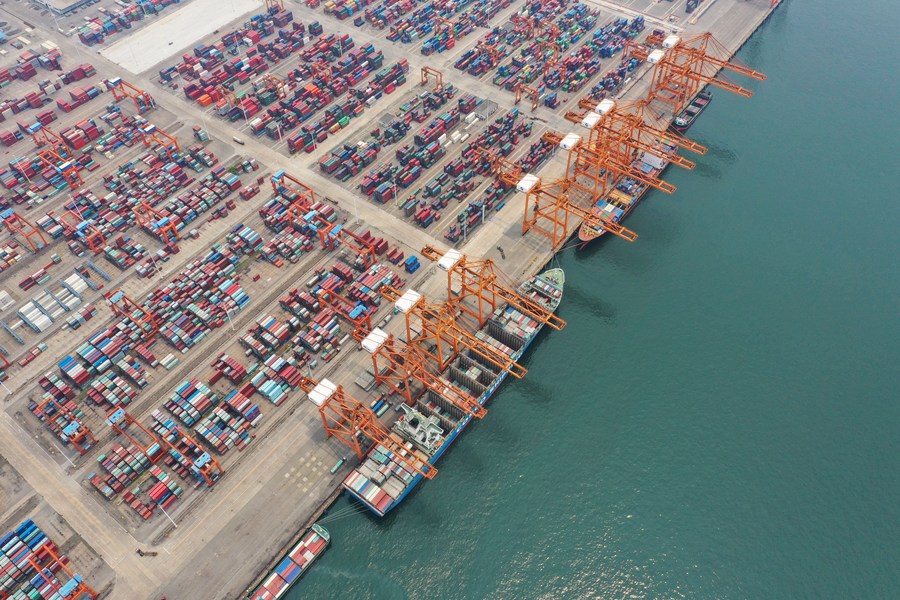 In 2022, APEC integrates sustainability and inclusivity objectives in tandem with economic goals. This coincides with the concept of green, balanced and sustainable development advocated by China.

"In pursuing Chinese modernization, we will follow a new path of maintaining harmony between humanity and nature. This is our responsibility not only for ourselves, but for the world as well," Xi said at the APEC CEO Summit.

"China has a big say in how the Asia-Pacific region moves forward and can lead certainly by making an example to the rest of the region, especially in terms of sustainable development," said Cherdchai Chaivaivid, director general of the Department of International Economic Affairs of the Ministry of Foreign Affairs of Thailand.

The Thai official cited China's priority in developing green technology and electric vehicles as an example, saying: "It's something that Thailand is very excited about working closely with China in the coming years."

In the meantime, China's people-centered development philosophy and emphasis on inclusiveness in growth are also widely appreciated.

"Governance is all about enriching the people," Xi quoted an ancient Chinese historian in the written speech at the APEC CEO Summit, saying that China has won the critical battle against poverty and finished building a moderately prosperous society in all respects, and it is now continuing its efforts to achieve common prosperity for all.

"China, as a country that has succeeded in eliminating abject poverty and proven itself a leader in renewable energy, should make good use of these multilateral platforms in sharing its lessons, experiences and expertise in these fields with other members," said Koh.

Sharing a similar view, Pui Jeng Leong, a media veteran from Brunei, said: "achievements in the field of poverty reduction show that the Chinese modernization is not only a reference for other developing countries, but also a pioneer for the modernization and development of the whole world."

Since joining APEC 31 years ago, China has been firmly committed to partnerships and free trade, making significant contributions to regional economic integration.

The country, which was among the first to ratify the RCEP agreement last year, is also seeking to join the CPTPP and the Digital Economy Partnership Agreement. Both the RCEP and CPTPP are seen as viable pathways toward the wider Free Trade Area of the Asia-Pacific.

Being a major trading partner of many Asia-Pacific economies and an important part of the industrial and supply chains in the region, China has become a major advocate and promoter for achieving common growth in the region through better integration.

Connectivity is of key importance to achieve this goal. Calling for higher-standard connectivity in the region, Xi said China will actively enhance the complementarity between the Belt and Road Initiative and the development strategies of other parties to jointly build a high-quality Asia-Pacific connectivity network.

Through initiating the Asian Infrastructure Investment Bank, China helped in mobilizing financial resources to facilitate the construction of key projects of the region.

Years of participation in APEC-related meetings have given Cherdchai a deep understanding of China's prominent role in the cooperation mechanism and contribution in regional development.

"China plays a pivotal role in the economic growth of the Asia-Pacific region and furthering regional economic integration," he said.