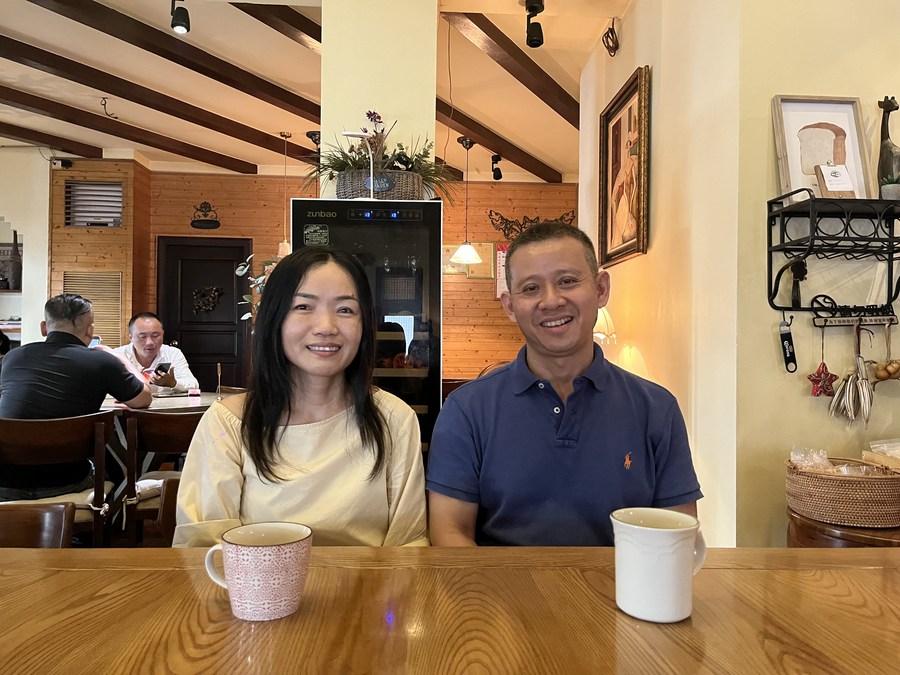 This flavored coffee is particularly enjoyed by the local community of overseas Chinese who have returned from Indonesia as it often brings back memories of their overseas life.

Li, 51, is a resident of Xinglong Township in Wanning, a coastal city in the tropical island province of Hainan in south China. He has been running a cafe with his wife Shen Hongmei for two decades in the town.

Since the 1950s, overseas Chinese from countries and regions such as Indonesia, Malaysia, Vietnam, Thailand and Japan have successively returned to China and settled in Xinglong, with the Xinglong Overseas Chinese Farm featuring a fusion of multi-ethnic cultures.

The returned overseas Chinese from Southeast Asian nations have brought back the habit of drinking coffee.

"Everyone here drinks coffee and the production process of local coffee is relatively extensive. We want to improve the quality of Xinglong coffee and enrich the taste, so we opened our own coffee shop," Shen said.

The cafe enjoys a solid reputation among the locals. The couple's relatives and friends often gather at the cafe to chat about the good old days. The couple learned a lot of interesting stories about their ancestors from their uncles, Lin Shihe and Chen Defu. 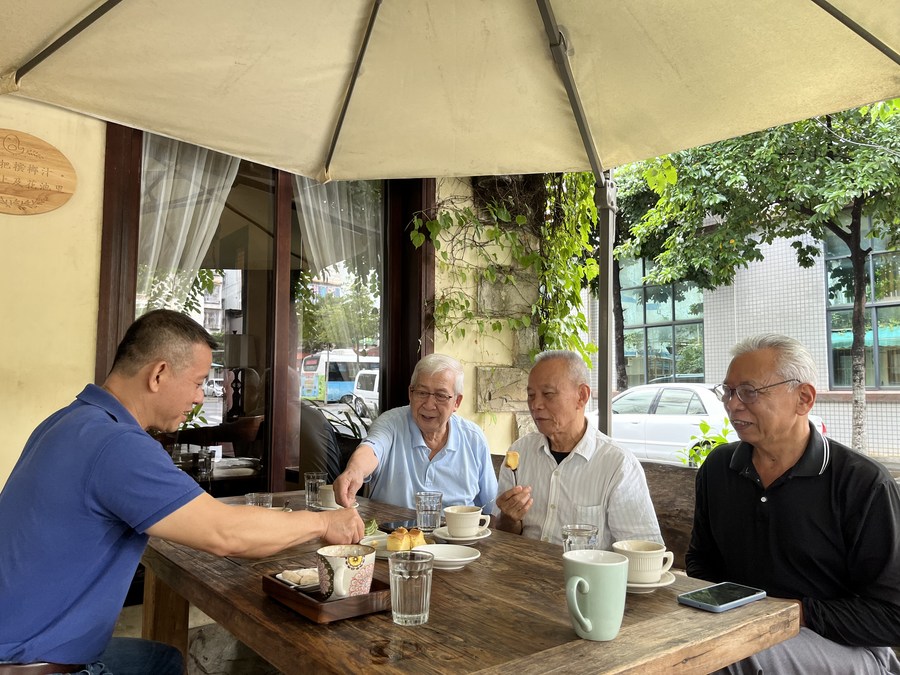 Lin, 81, was born on Bangka Island in Indonesia. He arrived in Xinglong on March 4, 1960, and after returning to China, he was assigned to work at a local farm.

Owing to his passion and diligence, Lin got an opportunity to pursue medical studies in Beijing and eventually became a general surgeon. He retired as the dean of a local hospital in Xinglong.

Uncle Chen is now 79 years old. He grew up in Indonesia until he was 10 and thereafter returned to China with his mother.

While returning his mother carried along all her dowries, which included bronze pastry molds.

At that time, every overseas Chinese family would make pastries by themselves. Influenced by the food culture of the returned overseas Chinese, the Xinglong natives used to borrow the molds from Chen's mother to make Indonesian-style pastries during festivals.

"Even my mom would lose track of where the molds were. People took turns to use them," Chen recalled. Since then, the exotic pastry featuring the seven-layered cake has flourished and become a local specialty that is also served in the coffee shop. 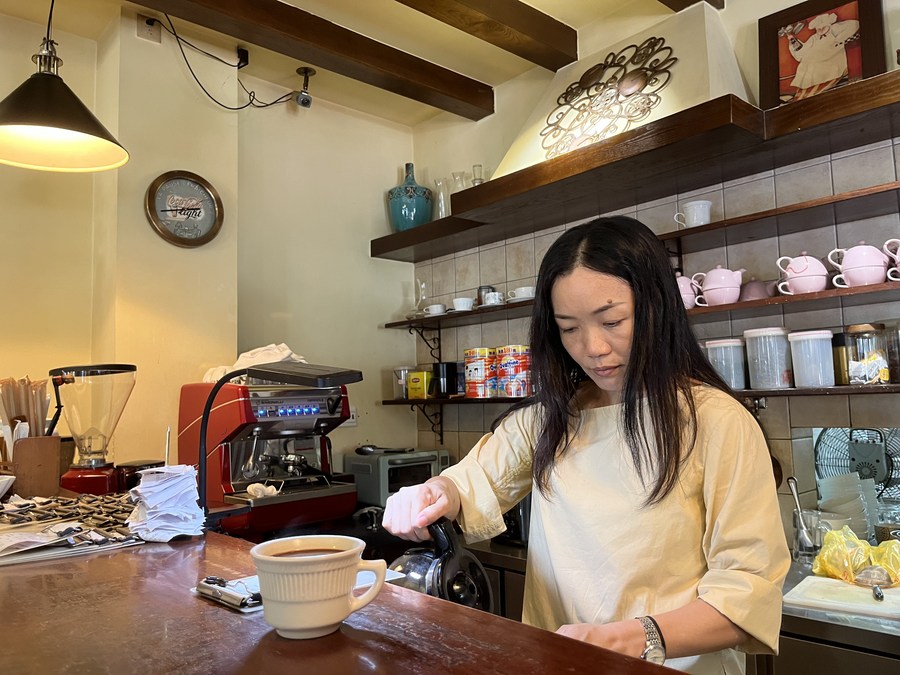 Shen Hongmei makes coffee in the cafe run by her and her husband in Xinglong Township of Wanning, south China's Hainan Province, Nov. 17, 2022. (Xinhua/Chen Ziwei)

Several years ago, Chen donated two sets of molds to the Overseas Chinese History Museum of China. "I hope more people will understand the history and culture of the overseas Chinese. I want to pass on the tradition," Chen said.

Li often asked his uncles to describe the distinctive characteristics of Xinglong's local culture involving the returned overseas Chinese. The answer he received was simple -- "Be tolerant, motivated, assiduous and positive. We were warmly accepted by the locals, therefore we extend the same courtesy to everyone."

Even though their business is booming, Li and his wife have no plans to open other cafes out of town. "The culture of overseas Chinese is the soul of our coffee shop. Without the soul, the cafe would not be as prosperous as it is now," Li said.