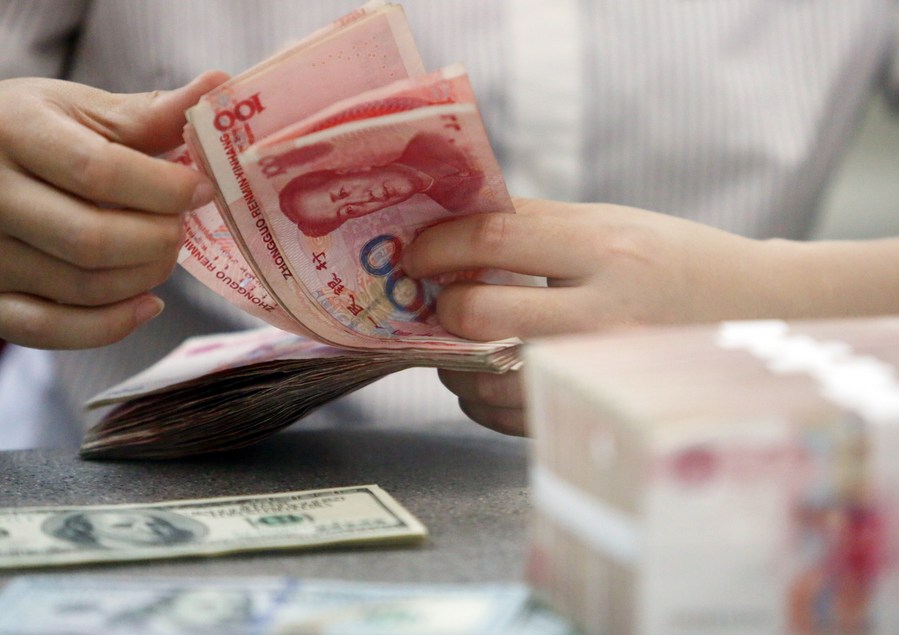 The establishment of the Lao RMB clearing bank in Laos will create a fast, safe, and economical cross-border settlement channel between Laos and China, said Bank of the Lao PDR (BOL) Governor Bounleua Sinxayvoravong in an RMB clearing-related seminar held in Vientiane.

VIENTIANE, Dec. 21 (Xinhua) -- The Lao central bank, Bank of the Lao PDR (BOL), in partnership with the Industrial and Commercial Bank of China (ICBC), held a seminar on RMB clearing in Lao capital Vientiane on Monday.

Sun Fenglei, general manager of the ICBC Vientiane Branch, said at the event that the bank has been working to apply for the establishment of renminbi (RMB) clearing in Laos since 2019 and that the People's Bank of China (PBC), China's central bank, signed a memorandum of cooperation with Lao central bank on the establishment of renminbi (RMB) clearing arrangements in Laos on Sept. 20, 2022.

The ICBC Vientiane Branch, under the guidance of the Lao central bank, held the event to introduce the functions, products and services of the RMB clearing in Laos to customers, said Sun.

More than 400 representatives from the Laos-based financial industry, Chinese and other foreign enterprises in Laos, and local leading enterprises attended the meeting.

In his speech at the seminar, BOL Governor Bounleua Sinxayvoravong pointed out that Laos and China, as close neighbors, have enjoyed a long-standing friendship and both sides will continue to jointly promote the bilateral relations to a new height.

China is the main trading partner of Laos, and the volume of trade and investment continues to expand, said the Lao official.

The establishment of the Lao RMB clearing bank is an important achievement for both the ICBC Vientiane Branch and Laos, he added.

Xiang Fangqiang, charge d'affaires of the Chinese Embassy in Laos, said the current China-Laos relations are in a golden era, and that the successful establishment of the RMB clearing bank in Laos will inject new momentum into the development of economic and trade cooperation between the two countries.