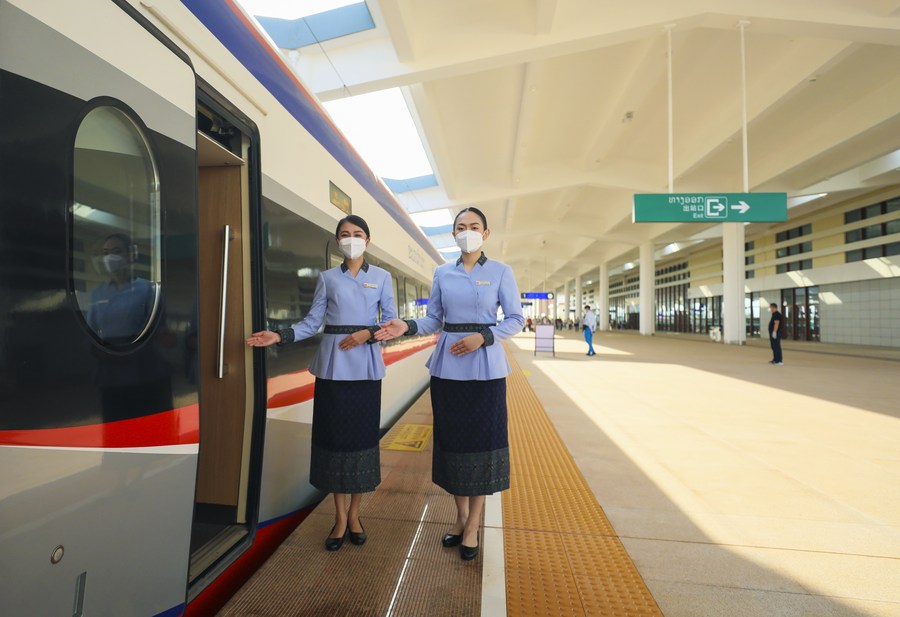 Stewardesses wait for passengers beside a Lane Xang EMU train at the Vientiane Station of China-Laos Railway in Laos on May 24, 2022. (Photo by Yang Yongquan/Xinhua)

KUNMING, Jan. 11 (Xinhua) -- Since its launch in December 2021, the China-Laos Railway has handled over 9 million passenger trips and 12 million tonnes of cargo, according to official figures.

Since the beginning of 2023, the railway has seen a growing momentum in its passenger volume, with the average number of passengers dispatched daily reaching 29,000, almost double that of the same period in 2022, according to the ongoing annual session of southwest China's Yunnan provincial people's congress.

As a landmark project of high-quality Belt and Road cooperation, the 1,035-km China-Laos Railway connects Kunming, capital of Yunnan, with the Laotian capital Vientiane.

The railway is expected to handle more than 10 million passenger trips and 13 million tonnes of cargo in 2023, said the annual session.