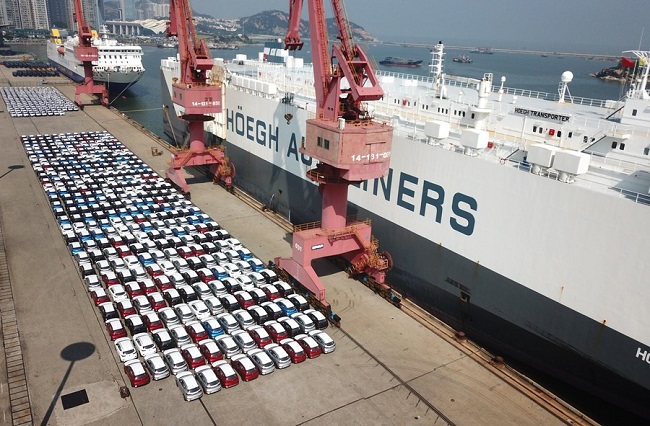 According to the Ministry of Commerce (MOC), the guidelines on promoting the innovative development of foreign trade will be released soon, and it encourages introduction of innovative factors to improve trade quality, the cultivation of new trade modes and trade facilitation driven by institutional innovation.

The policy support will cover every aspects of foreign trade including production, marketing, logistics, warehousing, cross-border flow, supervision, payment and after-sales service, noted experts participating in the formulation of the guideline.

Meanwhile, emphasis will be put on the interaction between trade and industries, improving the weak links in industrial development with technological innovation to further stimulate the vitality of market players and fundamentally enhance China's overall competitive advantages in foreign trade, the experts also noted.

Since the beginning of this year, China has further ramped up supports for innovative foreign trade development.

After the expansion, there will be 31 markets carrying out such pilot projects, covering 15 provinces (autonomous regions) in eastern, central and western China.

Among the 17 markets for the new batch of pilot projects, three are border trade commodity markets located respectively in Inner Mongolia, Guangxi and Yunnan, indicating that the new pilot projects will drive the foreign trade development in the border areas of China.

According to analysts, the new pilot projects will also promote the transformation and upgrading of traditional commodity markets and encourage more small, medium and micro enterprises to participate in foreign trade.

As an important platform for China to foster innovation and entrepreneurship of its foreign trade enterprises, the comprehensive pilot zone for cross-border e-commerce has also made new progress this year.

In the first half of this year, the State Council decided to establish another 46 comprehensive pilot zones for cross-border e-commerce, making the number of such pilot zones to 105 which cover 30 provinces, autonomous regions and municipalities, forming a connected development pattern.

These measures have further strengthened the contribution of new trade modes to foreign trade. The latest data showed that in the first three quarters of this year, China's imports and exports through the customs cross-border e-commerce management platform reached 187.39 billion yuan, up 52.8 percent, while its market procurement exports hit 509.86 billion yuan, up 35.5 percent.