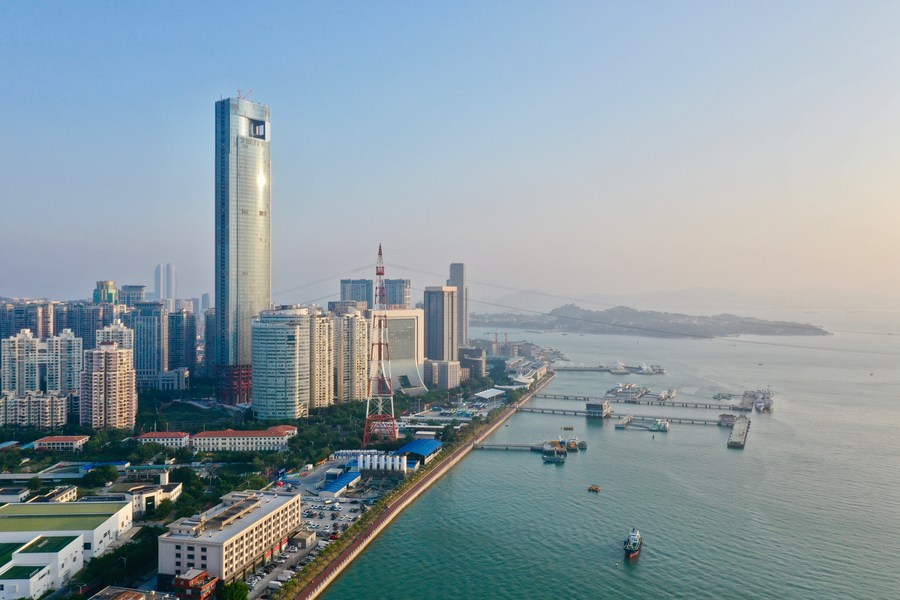 In the first quarter, the total value of export to Japan by XTC New Energy Materials (Xiamen) Co., Ltd. has doubled. Exports to Japan are expected to account for 60 percent of the company's total exports in the future.

Chen Qingdong, deputy general manager of the company, said that Japan's import tariff on ternary materials and lithium cobalt oxide will be reduced from 3.3 percent to zero gradually under RCEP.

"It is estimated that we can reduce more than 1.5 million yuan (about 240,000 U.S. dollars) of tariff expenses this year. As the annual tariffs drop and our business volume increases, we can enjoy more tariff reductions," said Chen.

Statistics show that Xiamen Customs and China Council for the Promotion of International Trade Xiamen Committee have issued 2,279 certificates of origin under RCEP for 283 enterprises, involving an amount of 170 million U.S. dollars, which is expected to enjoy a tariff reduction of about 14.5 million yuan in the first three months this year.

XTC New Energy Materials (Xiamen) Co., Ltd. is a leading company in the domestic new energy material industry, targeting power battery material research and development. Every month, the company imports over 400 tonnes of raw materials such as cobalt, nickel and aluminum from Australia, India, the Democratic Republic of the Congo and other places. The company manufactures products mainly used to make battery cathode materials. It exports nearly 400 tonnes of products every month, mainly to Japan and the Republic of Korea.

Chen said that RCEP will accelerate the integration of the company's new energy sector into the global value chain and regional production network, adding the company will expand its customer base in Southeast Asia.

Statistics released by the Xiamen Municipal Bureau of Commerce show that Xiamen enjoys close economic and trade relations with other RCEP member states, which plays an important role in Xiamen's export-oriented economy.

In 2021, bilateral trade between Xiamen and the RCEP countries accounted for more than one-third of Xiamen's total trade. Foreign direct investment from RCEP member states accounts for 9 percent of the total investment in the city.

The investment mainly goes into industries such as manufacturing, agriculture, forestry, animal husbandry and fishery, wholesale and retail.