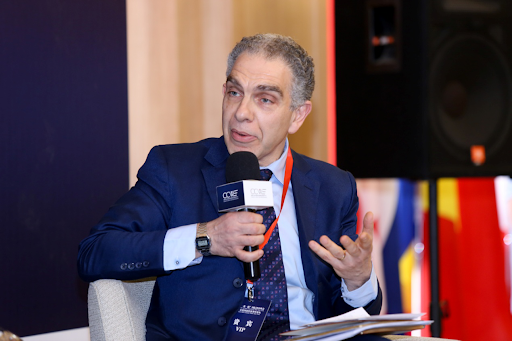 The Belt and Road Initiative (BRI), which has gone through an “evolutionary process” in the past seven years, has turned from an economic program into a global governance project that incorporates various sectors such as finance, said an expert with a US-based think tank.

The initiative is about “trying to help our neighbors to build infrastructure and to build connectivity” and has now become a “very important project on global governance,” with increased efforts to build connectivity in sectors such as finance, culture, industry, technology and environment, said Marc Uzan, founder and executive director of the Reinventing Bretton Woods Committee.

More efforts are expected to advance the development of the digital silk road, which represents a vital part of the BRI, to drive financial integration across the globe, as can be seen from the way global central banks are starting to think about and project the need to build digital currencies, Uzan told the Belt and Road Portal in a recent interview.

China has started rolling out pilot tests of its central bank digital currency in some selected regions, such as the Guangdong-Hong Kong-Macao Greater Bay Area, the Ministry of Commerce said in August.

“I think this will have a huge implication not only for China but for the international monetary system, and for countries and regions along the BRI routes,” Uzan said.

But challenges ahead remain, as efforts are expected to be made to figure out what kind of international cooperation is needed for an international digital  monetary system, he noted.

And this is not only driven by the growth of the digital silk road, as financial integration under a multilateral project, such as the Asian Infrastructure Investment Bank (AIIB), will also play a vital role in the post-pandemic period because there is a strong need for connectivity and infrastructure around the world, Uzan said.

AIIB, a multilateral development bank that has set itself the mission of improving social and economic outcomes in Asia, has grown to 103 approved members worldwide after it began operations in January 2016.

As of September 25, AIIB has approved up to $20.02 billion for 93 projects in Asia and beyond, including Turkey’s Izmir metro line extension project, Waste-to-Energy project in the Maldives and Healthcare Emergency Response Project in Uzbekistan, according to AIIB.

Apart from financial connectivity, BRI has made great progress in enhancing cultural ties and people-to-people bonds among nations in the past years, Uzan said.

“We launched an exhibition [in 2019] to showcase what Belt and Road Initiative was all about. We engaged two artists travelling to China and central Asia for six months, and they came back with beautiful pictures to showcase the edge of connectivity and imaginations,” said Uzan.