The COVID-19 pandemic has been testing the resilience of the global public health system since its outbreak, and the implementation and development of the Health Silk Road is attracting increased global attention.

Proposed in 2016, the Health Silk Road put forward the aim of improving public health in countries along the Belt and Road Initiative (BRI) routes through extensive international cooperation. “It should be a combination of health research and development with the infrastructure logistics aspect and financial capital,” said Hussein Askary, co-founder of Belt and Road Institute in Sweden (BRIX).

In a recent interview with the Belt and Road Portal (BRP), Hussein Askary outlined his opinions on cooperation between China and Europe and the high-quality development of the Health Silk Road. 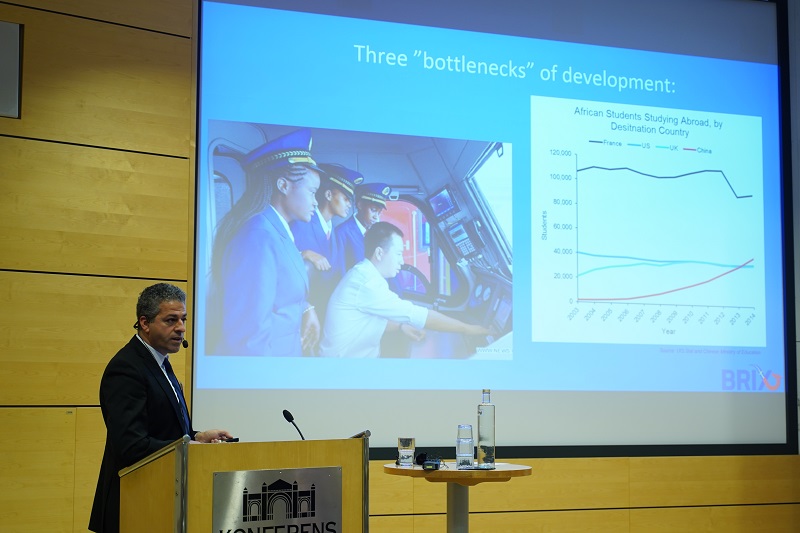 BRP: Could you tell us about your journey in becoming a researcher in the field of the BRI?

Hussein Askary: It started from my life history. I come from Iraq. I left Iraq in 1991 after the Gulf War and became a refugee for a year in neighboring countries. I came to Norway first, and then I settled in Sweden as a refugee. I wanted to find out why we had all these wars and how to find a way out.

In 1995, I worked as a translator and interpreter for a delegation of children accompanying the Palestinian negotiators in the Oslo II Accord, a key agreement in the Israeli–Palestinian peace process. I learned a shocking opinion in the process that without economic development, it's impossible to have peace.

I became very curious about understanding economics and learned from the American physical economist Lyndon LaRouche and his wife Mrs. Helga Zepp-LaRouche, who founded the Schiller Institute. The institute intends to combine the construction of a just new world economic order, with the idea of a renaissance of classical culture.

In 2017, as the lead author and project manager, I published a special report titled “Extending the New Silk Road to West Asia and Africa” with my colleagues in the Schiller Institute, introducing how the BRI can become a basis for peace, economic cooperation and development for many nations.

Driven by my own desire for peace and economic development in my own country, I became the co-founder of BRIX in 2018 and devoted a great deal of effort into BRI research. 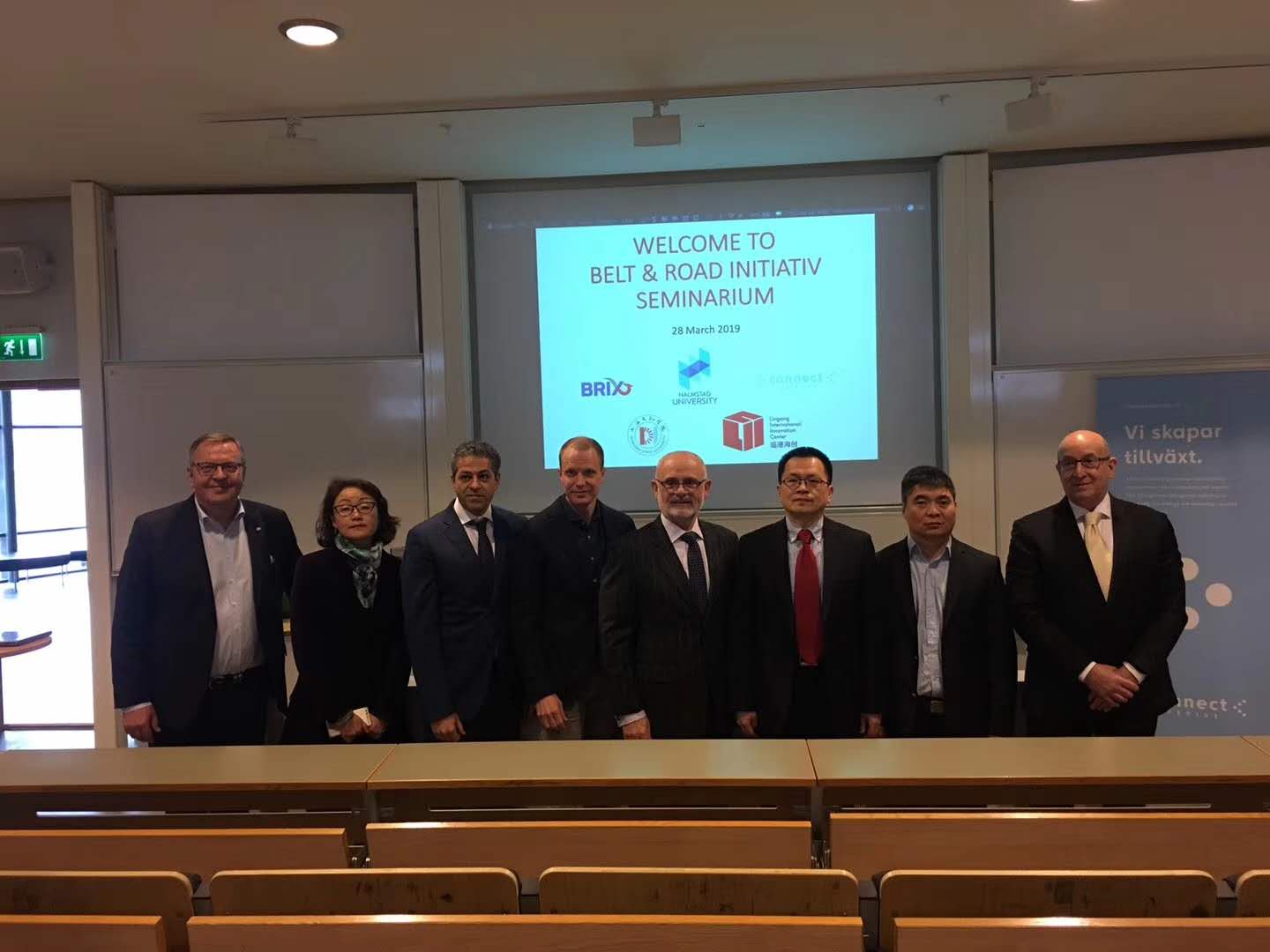 BRP: What efforts has BRIX made to promote communication and understanding between China and Sweden?

Hussein Askary: Through the China Sweden Business Council, BRIX came in contact with many Swedish and Chinese companies and their own associations.

For instance, in 2020, BRIX organized a webinar on the Health Silk Road, in which some Swedish biotech experts shared how their work is going with Chinese universities.

In April 2021, focusing on the China-Pakistan Economic Corridor (CPEC), we had a webinar where the businesses and the business promotion agencies from Sweden, Denmark, Norway discussed the positive aspects of working with China.

Through these channels, we learned from the individuals who are involved in economic cooperation and technological cooperation between China and Sweden.

BRP: In what areas do China and Europe or Sweden find common ground in cooperation?

Hussein Askary: One of the most fascinating projects which the EU and China work on is the International Thermonuclear Experimental Reactor (ITER), the world’s largest fusion experiment. ITER is in France and its members have been working on this project for fusion power development, which is the power of the future.

In information technology, there is a symbiotic relationship between our biggest telecommunications company Ericsson and China’s Huawei, as the two have been working together for many years. A lot of Huawei’s development is a result of Ericsson’s involvement and cooperation. But it's tragic that Huawei is not allowed to cooperate on the 5G network in Sweden.

Also, Zhejiang Geely Holding Group took over Volvo Cars in 2010 and developed the brand afterwards. Volvo Cars now is a global competitor thanks to working with China and opening the Chinese market.

Another major cooperation area between China and Sweden is space technology. The Chang’e 4 rover on the moon has a Swedish component, an advanced small analyzer for neutrals, to study the interaction between solar winds and the moon surface. It was developed by engineersfrom the Swedish Institute of Space Physics (IRF). Unfortunately, their cooperation with China stopped in 2020 under political pressure.

The biotech sector will become a big area of cooperation especially when people try to fight the COVID-19 pandemic. As my focus of work is on healthcare, I think the Health Silk Road is and will become the most beautiful representation of the idea of the BRI because this massive crisis in the world calls for closer international health cooperation.

The COVID-19 pandemic has engulfed many nations and produced very tragic results. It became more urgent to activate global health cooperation in 2020. China was already prepared to put together the policy and the resources behind building the health care equipment hubs.

BRP: What would you suggest in terms of international health cooperation?

Hussein Askary: The WHO is a great forum for nations to work together as a collective, but there should be independent bilateral work between researchers and universities too. Research institutes can be important platforms to exchange research results and the development of technologies.

Therefore, there should be an integration of the Health Silk Road with the other aspects of the BRI. It should be a combination of health research and development with the infrastructure logistics aspect and financial capital. Other nations should also be involved, because China alone cannot do all the work in a short period of time.

BRP: In the context of the COVID-19 pandemic, what implications will there be for the high-quality development of Health Silk Road?

Hussein Askary: It's important to set a global standard for health care provision. If we set a global standard, for example that there should be a minimum of 4 hospital beds per 1,000 people in every country, the economists and politicians will think about what physical infrastructure is required to meet that standard. Different nations will work together to achieve it.

Moreover, we should put geopolitics aside. Geopolitics is not a humanist philosophy because it starts from the standpoint that humans and nations are always in conflict with each other around natural resources, dominance or economic interest. That's the false basis for a lot of what we see today. If nations work together, everybody will win. Win-win is not just a nice term. It benefits everyone for real.