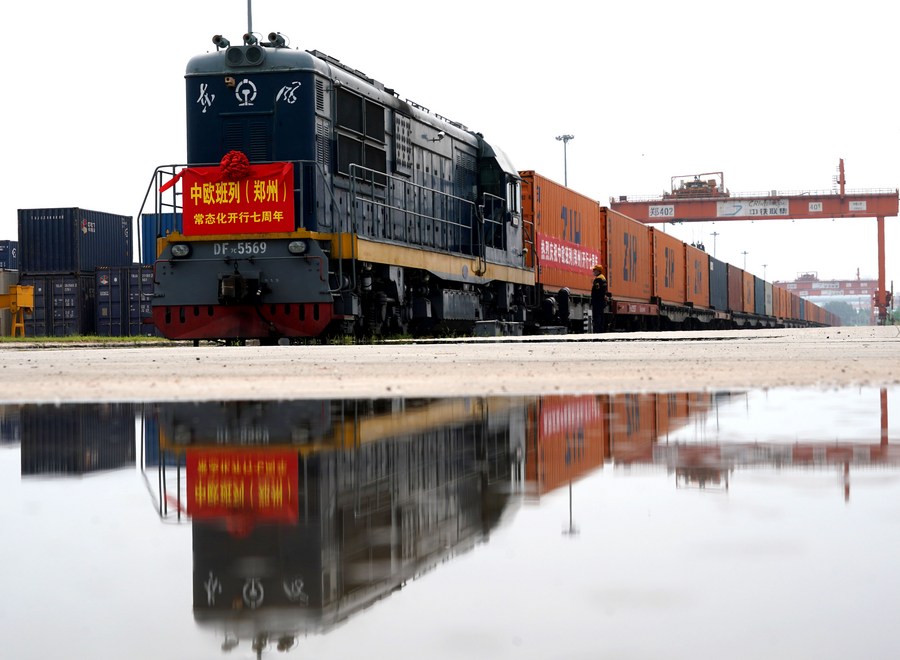 A China-Europe freight train waits for departure at a station in Zhengzhou, capital city of central China's Henan Province, July 18, 2020. (Xinhua/Li An)

Specifically, three of the trains departed from Zhengzhou Putian railway station, would pass through Horgos, and finally arrive in Germany, Kazakhstan and Uzbekistan respectively. While two of these trains will reach Germany via Alashankou port. Cargo on China-Europe freight train from Luoyang will be transported to Russia through Erenhot.

Recently, Henan has accelerated its construction of an international logistics channel connecting the Eurasian continent. Besides, a batch of Henan-specific brands such as digital trains and constant temperature trains have developed rapidly.