BEIJING, June 9 (Xinhua) -- The world marks the 14th World Oceans Day on Wednesday, which aims to raise awareness about the significance of oceans to the survival and development of humanity.

Historically, the Maritime Silk Road stood as a vivid example of maritime exchanges and mutually beneficial cooperation among the peoples along the route. In recent years, Chinese President Xi Jinping proposed building a maritime community with a shared future and a 21st Century Maritime Silk Road, which has contributed Chinese wisdom to promoting sustainable maritime development, safeguarding the international maritime order and enhancing maritime prosperity and well-being.

The following are some highlights of Xi's remarks in this regard.

In a congratulatory letter to the 2019 China Marine Economy Expo in south China's Guangdong Province, Xi stressed the conservation of marine ecology, prevention and treatment of marine pollution, protection of marine biodiversity, and orderly development and utilization of marine resources, in a bid to leave a clean marine environment to future generations.

"We should cherish oceans as we treat our lives," Xi said during a group meeting with the heads of foreign delegations invited to participate in the multinational naval events marking the 70th founding anniversary of the Chinese People's Liberation Army (PLA) Navy.

China has fully participated in the formulation and implementation of maritime governance mechanism and related rules within the UN framework, and implemented the goal of sustainable marine development, said Xi, also chairman of the Central Military Commission. 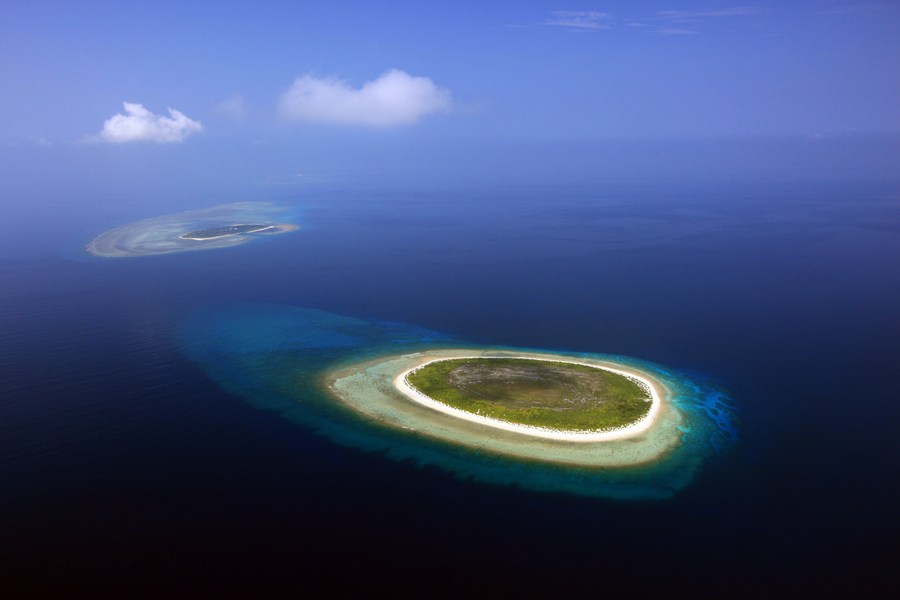 ON MARITIME PEACE AND STABILITY

"The blue planet humans inhabit is not divided into islands by the oceans, but is connected by the oceans to form a community with a shared future, where people of all countries share weal and woe," Xi said during a group meeting with the heads of foreign delegations invited to participate in the multinational naval events marking the 70th founding anniversary of the PLA Navy.

Xi said maritime peace and tranquility concern the security and interests of all countries and need to be jointly maintained and cherished.

As the mainstay of forces at sea, the navies shoulder heavy responsibilities for safeguarding maritime peace and order, Xi said. 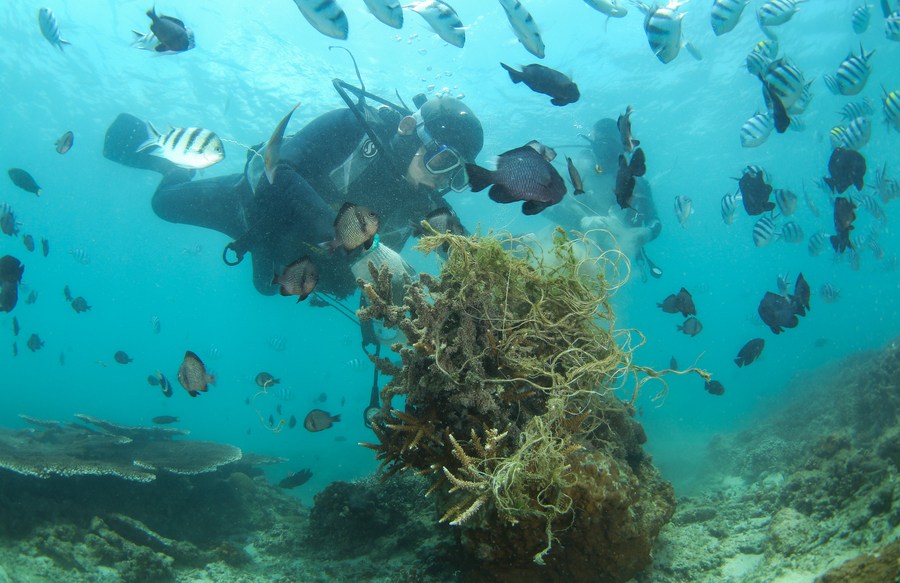 At present, ocean-based cooperation in market, technology, information, culture, and other areas is steadily deepening, Xi said during a group meeting with the heads of foreign delegations invited to participate in the multinational naval events marking the 70th founding anniversary of the PLA Navy.

The reason for China to propose jointly building the 21st Century Maritime Silk Road, Xi said, is to facilitate maritime connectivity, pragmatic cooperation in various fields, and the development of the "blue economy," as well as to promote the integration of maritime cultures and to improve maritime well-being.

Ahead of his state visit to Portugal, a signed article by Xi was published on Portuguese newspaper Diario de Noticias, in which he called on the two countries to strengthen their Blue Partnership, facilitate cooperation in marine research, ocean development and protection, port logistics and other areas, and grow blue economy together to better harness the vast ocean to the benefit of their future generations.