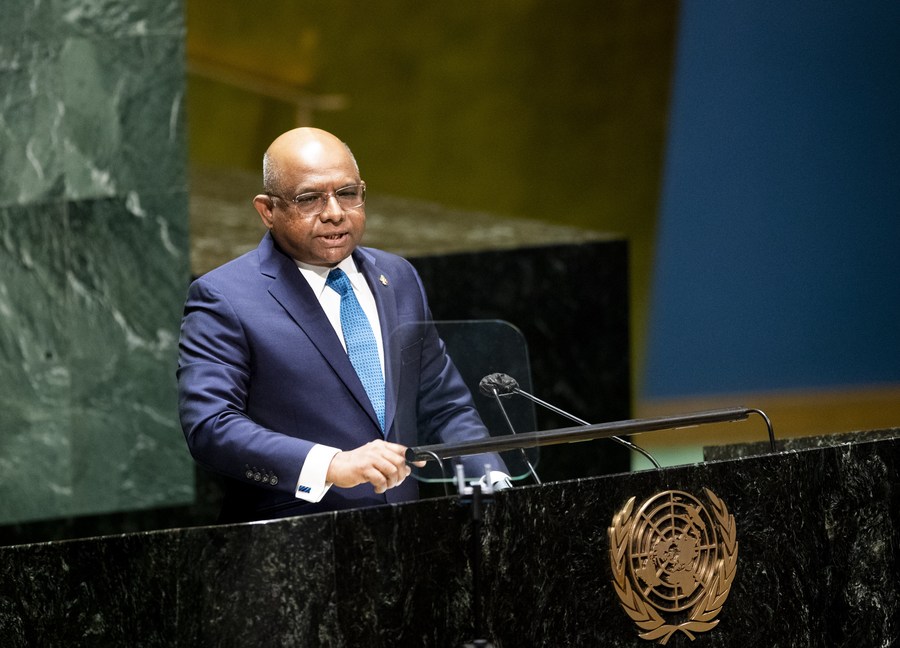 Wang said that the current session of the UN General Assembly has overcome disruptions and achieved fruitful results, injected new impetus into improving global governance, promoted unity among members of the international community and made new contributions to world peace and development.

China appreciates the role of President Shahid, also foreign minister of the Maldives, in facilitating the UN endeavors and will continue to support the work of the General Assembly, Wang said.

Wang called on the General Assembly to uphold the purposes and principles of the UN Charter, practise true multilateralism, and play a bigger role and make more contributions in such areas as climate change, global response to COVID-19 and sustainable development that are crucial to the future of the international community.

For his part, Shahid said he appreciated China's constructive efforts and important contributions to the work of the General Assembly and thanked China for its support for the performance of his duties.

He added that the Maldives and China enjoy sound relations, and his country would like to deepen cooperation with China to push for greater development of bilateral ties.