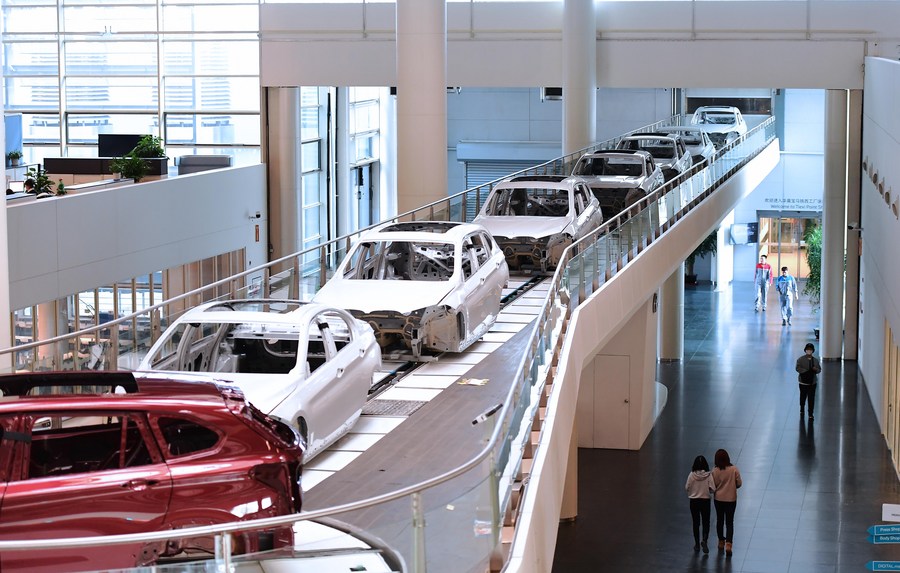 Vehicles under production are transferred through the office area at the Tiexi Plant of BMW Brilliance Automotive in Shenyang, northeast China's Liaoning Province, Feb. 16, 2022. (Xinhua/Yang Qing)

BEIJING, June 14 (Xinhua) -- Foreign direct investment (FDI) into the Chinese mainland, in actual use, expanded 17.3 percent year on year to 564.2 billion yuan in the first five months of the year, the Ministry of Commerce said Tuesday.

The service industry saw FDI inflows jump by 10.8 percent year on year to 423.3 billion yuan, while that of high-tech industries surged by 42.7 percent from a year earlier, data from the ministry shows.

Specifically, FDI in high-tech manufacturing rose 32.9 percent from the same period a year ago, while that in the high-tech service sector surged 45.4 percent year on year, the data shows.

During the period, investment from the Republic of Korea, the United States, and Germany climbed by 52.8 percent, 27.1 percent, and 21.4 percent, respectively.

In the January-May period, FDI flowing into the country's central region reported a rapid year-on-year increase of 35.6 percent, followed by 17.9 percent in the western region, and 16.1 percent in the eastern region.