ISLAMABAD, Sept. 18 (Xinhua) -- As a founding member of the Shanghai Cooperation Organization (SCO), China has played an important role in multiple areas of cooperation in the SCO, Pakistani Prime Minister Shahbaz Sharif has said.

In a recent written interview with Chinese media, the Pakistani prime minister said that the socio-economic development agenda of the SCO has become more and more comprehensive since its founding.

The SCO members have taken the initiative in areas such as commerce, transport connectivity and industrial cooperation in response to new opportunities and emerging challenges, he said.

Within the SCO, China has played an important part in multiple areas of cooperation, including the work for the establishment of an SCO development bank and the establishment of the China-SCO Local Economic and Trade Cooperation Demonstration Area in Qingdao, he noted, adding Pakistan wishes to benefit from the Chinese experience in the use of the latest technologies in agriculture.

Under the SCO's framework, member states, including Pakistan, undertake joint efforts to address security challenges and combat terrorism, separatism and extremism to ensure regional peace as well as economic development of the SCO region, the prime minister said.

On climate change, Sharif said that Pakistan and China have shared perspectives on the climate change agenda, expecting the two sides to cooperate closely at the bilateral and multilateral levels to advance common objectives. 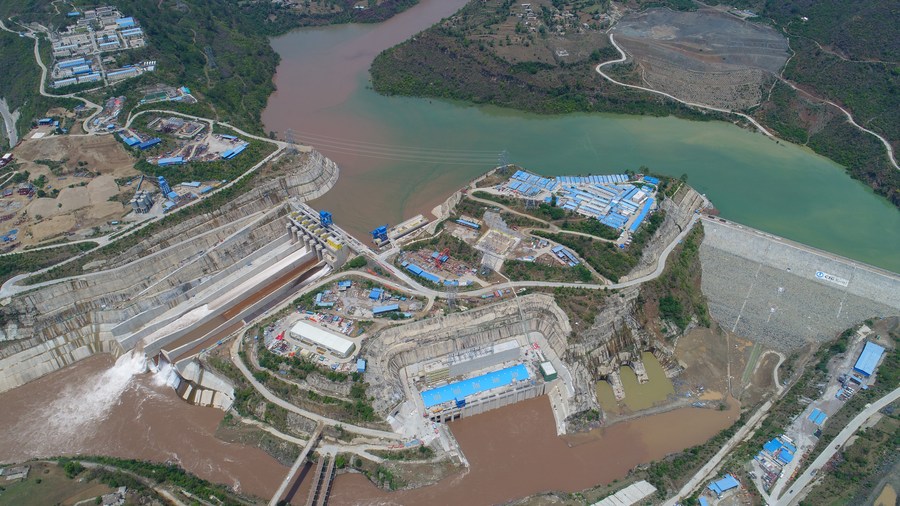 Talking about the Belt and Road Initiative (BRI) and the China-Pakistan Economic Corridor (CPEC), Sharif noted that as a flagship project of the BRI, the CPEC has added momentum to the already strong bilateral relationship.

"Entering a new stage of higher-quality development, the CPEC would continue to unlock the potential of Pakistan-China cooperation in areas such as industry, agriculture, socio-economic development, science and technology and information technology," he said.

Speaking highly of the Global Security Initiative (GSI) proposed by Chinese President Xi Jinping, the prime minister said that Pakistan welcomes the GSI, which reflects the vision of common, comprehensive, cooperative and sustainable security and advocates cooperative and synergy driven approaches to replace the zero-sum Cold War mindset of maximization of security through power contestation and arms racing.

The people of Pakistan consider President Xi an old and trusted friend and hold him in very high esteem, Sharif said, stressing that China's steady development and many stellar achievements under his leadership are a source of inspiration for Pakistan.

"As one of China's closest friends, we share the joy of our Chinese 'Iron Brothers' and wish them well on the journey towards national rejuvenation," he added.