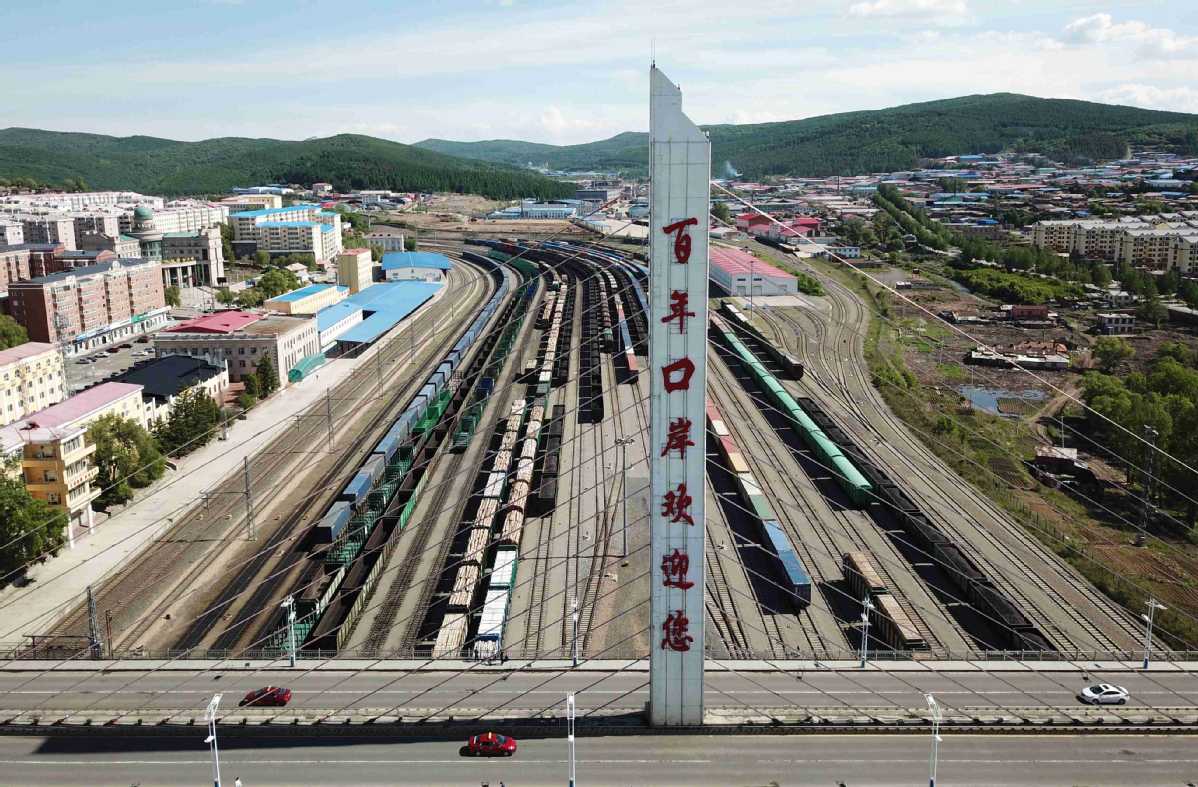 According to the China State Railway GrHARBIN－At Suifenhe Railway Station in China's northernmost province of Heilongjiang, freight trains are resting on tracks leading to Europe, with gigantic gantry cranes busily loading and unloading cargo above them.

In the first half, over 373 China-Europe freight trains passed through Suifenhe Port to Europe and carried 34,942 twenty-foot equivalent units (TEUs) of goods, up 74.3 percent and 82.9 percent year-on-year, respectively, according to China Railway Harbin Bureau Group Co Ltd.

Such an increase in international freight trains has been seen in the whole eastern corridor of the China-Europe freight train service. From January to June, a total of 2,212 trains and 212,866 TEUs of goods were handled at the Chinese land port of Manzhouli, in North China's Inner Mongolia autonomous region, both registering a year-on-year increase of 7.7 percent.

The China-Europe freight train service has three main corridors－western, eastern and central－with the Suifenhe and Manzhouli ports on the eastern corridor.oup Co Ltd (China Railway), the eastern corridor mainly focuses on the import and export of goods between East, South and Northeast China and European countries.

The efficient operation of international freight trains relies on supportive policies and measures. As the northern center of China's opening-up, Heilongjiang province has made an invested effort in accelerating Customs clearance and cargo handling, firmly supporting the development of the China-Europe railway service.

To ensure the smooth and steady inbound and outbound flow of China-Europe freight trains, Suifenhe Railway Station opened a green channel for cargo transportation, with its staff communicating with Customs administrators and freight-forwarding companies in advance.

Heilongjiang saw its foreign trade in goods grow 31.9 percent year-on-year to 145.06 billion yuan ($20.7 billion) in the first seven months, according to Customs authorities in the capital city of Harbin.