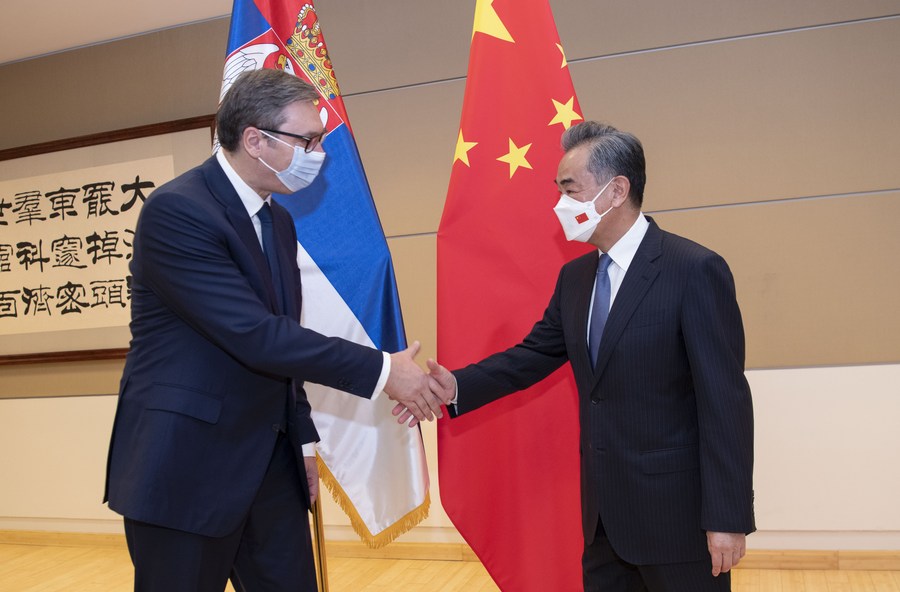 Vucic asked Wang to convey his cordial greetings to Chinese President Xi Jinping, saying Serbia-China relations truly reflect mutual respect and mutual trust, and the practical economic and trade cooperation between the two countries has also developed rapidly. He once again thanked China for its vigorous support for and assistance with Serbia's economic and social development.

Serbia, Vucic said, cherishes the friendship with China, firmly adheres to the one-China policy, and recognizes that there is only one China in the world and this position will never change.

Hailing the positive achievements in Serbia's construction, Wang said China and Serbia are each other's trusted and reliable partners.

Under the strategic guidance of the two heads of state, China-Serbia relations have entered a new era of vigorous development, and the practical cooperation between the two sides is making leaps and bounds, contributing to Serbia's development and revitalization, said Wang.

The China-Serbia friendship has been further strengthened in the joint fight against the COVID-19 pandemic, and solidarity and mutual trust between the two sides have been consolidated, he said.

China is willing to continue to provide assistance and support according to Serbia's needs and work with Serbia to build closer bilateral relations, Wang said.

Wang said that since its inception 10 years ago, China-CEEC cooperation has been focused on practical cooperation and has stuck to openness, transparency and complementation of advantages, having yielded fruitful results with potential yet to be tapped. China looks forward to working with Serbia and other CEECs to continue to advance mutually beneficial cooperation between the two sides.