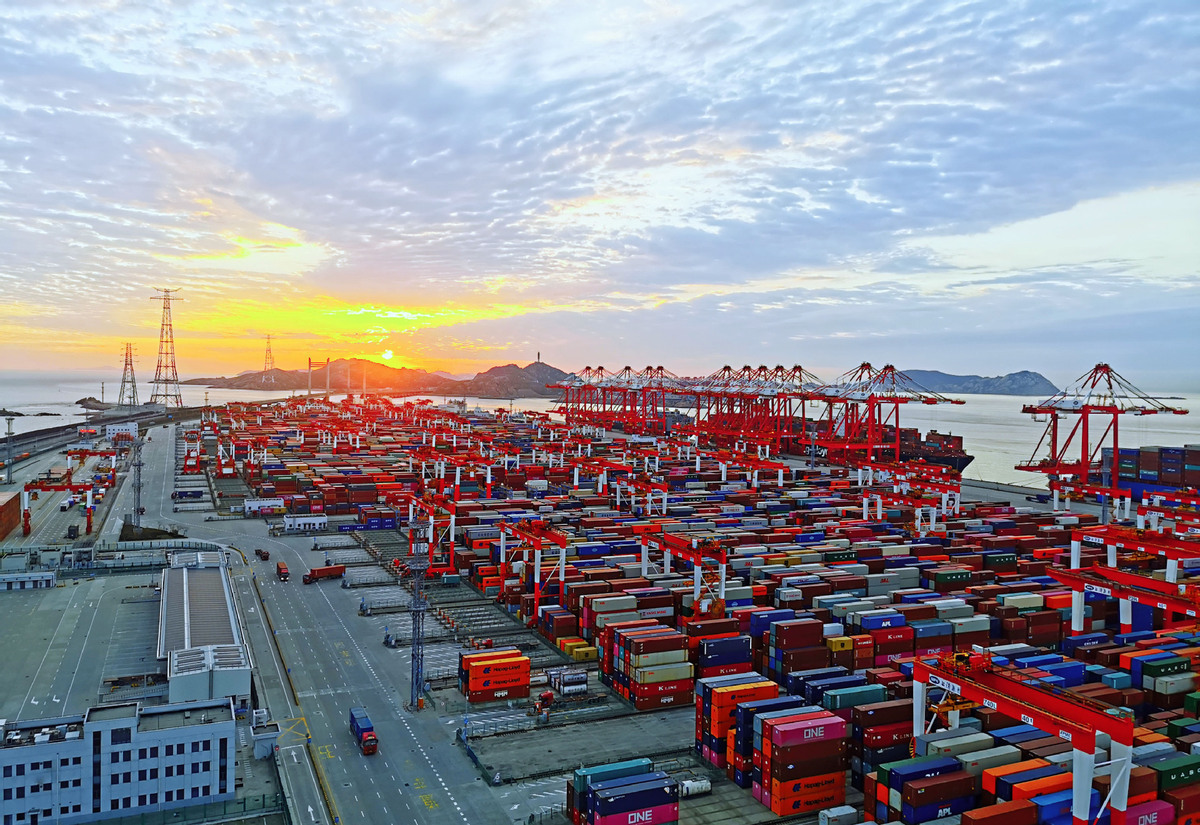 Attaching equal importance to inbound and outbound investment, in the past decade the city of Shanghai has attracted the greatest amount of multinational enterprises to establish headquarters among domestic cities, officials said on Sunday.

Shanghai's actual use of foreign direct investment exceeded $300 billion by the end of 2021, an increase of $168 billion from 2012, said Gu Jun, director of the Shanghai Municipal Commission of Commerce.

"Shanghai continues to consolidate its position as the top-notch choice for foreign investment, and more than 60,000 foreign-funded enterprises are growing vigorously here," Gu said.

According to Gu, as of the end of September, the city was home to 877 multinational corporation's regional headquarters, as well as 523 foreign-funded R&D centers.

In the meantime, filed outbound investment in Shanghai has also surpassed $170 billion over the past 10 years, with more than 5,000 Shanghai-based companies opening branches overseas as of 2021, Gu added.

"In the past decade, Shanghai has strived to promote higher level opening-up and elevated itself into an international trade center," Gu said.

Abiding by high-quality development, Shanghai has seen its proportion in the global market continue to rise, and has become the world's largest trading city.

"The city's retail sales of consumer goods doubled in the past decade, still leading other Chinese cities and becoming an international consumption hub," Gu said.

According to Gu, Shanghai's total retail sales of consumer goods exceeded 1.8 trillion yuan in 2021 and consumption has become the greatest driver for the city's economic growth by contributing more than 60 percent.

The metropolis is the first choice for international brands making their China debuts. There were an average of more than 800 first stores launched annually there during the 13th Five-Year Plan period (2016-2020), accounting for about half of the nation's total.

Last year a total of 1,078 first stores were launched across Shanghai, including 14 global or Asian debuts and 167 first stores in the Chinese mainland. International and domestic brands held more than 3,000 debut activities including product launching, shows and exhibitions.

The city is the birthplace of many local brands. Its 222 time-honored brands are operating 3,000 stores across the city, and 90 out of the top 500 new brands in 2020 on Tmall originate from Shanghai, the most among all Chinese cities.