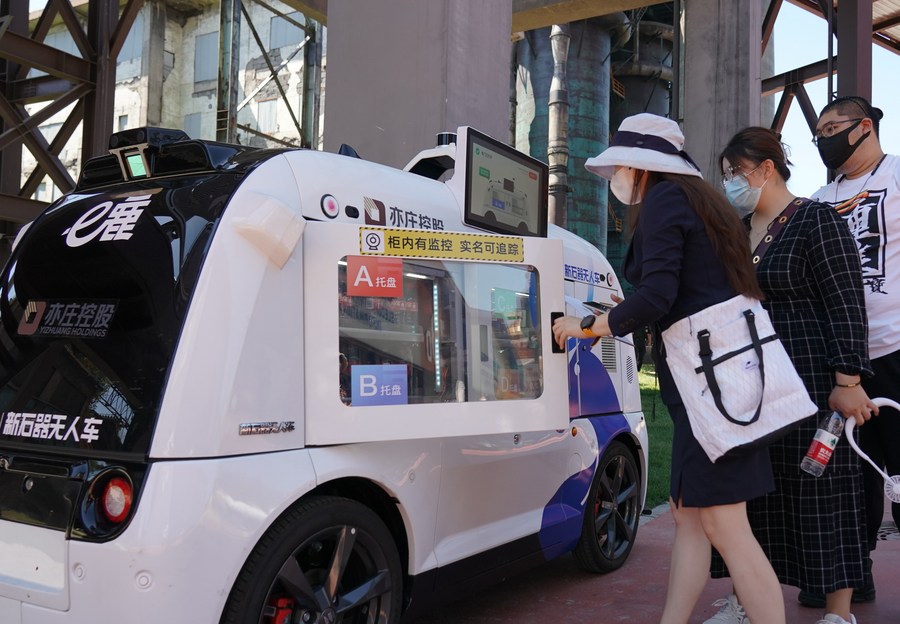 Visitors try the self-service shopping with an autonomous vending vehicle displayed at the 2022 China International Fair for Trade in Services (CIFTIS) in Beijing, capital of China, Sept. 1, 2022. (Xinhua/Zhang Chenlin)

China's service trade value totaled 3.94 trillion yuan (about 548.896 billion U.S. dollars) in the first eight months of this year, up 20.4 percent year on year, data from China's Ministry of Commerce showed on Wednesday.

In August alone, the total export and import vale of China's service trade reached 543.79 billion yuan, up 17.6 percent on a yearly basis.

The share of knowledge-intensive services trade was over 40 percent of the total during the period, indicating a higher quality of China's service trade, said Zheng Wei, researcher at China Outsourcing Institute.

From January to August, the trade volume of knowledge-intensive services grew by 11.4 percent to 1.64 trillion yuan. Sectors such as intellectual property royalty and telecommunications and information services saw rapid increases in exports, while insurance services were among the fastest growing areas in imports.

Travel service trade continued recovering, with its trade value expanding 7.1 percent from a year ago to 542.66 billion yuan.