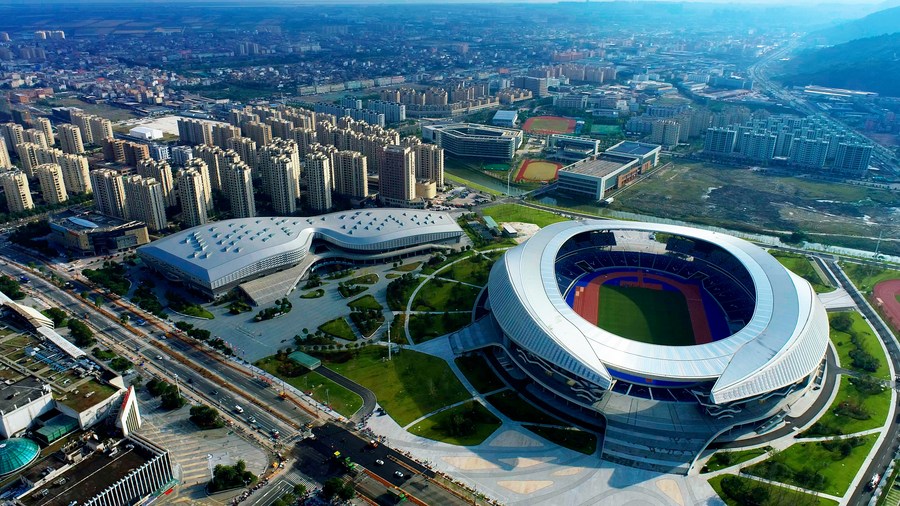 HANGZHOU, Nov. 17 (Xinhua) -- Daniel López, who grew up in Spain, where its designer shoes are among the most fashionable and sought-after footwear in the world, is translating his creative ideas into profitable realities in China's "shoe capital" Wenzhou in Zhejiang Province.

"Any shoe design is realizable in China," said the 50-year-old shoe designer, who creates over 1,000 new designs every year for clients from around the globe.

He first came to Wenzhou, one of the earliest cities in China to carry out reform and opening up, in 2007.

Due to his extensive experience working with shoe manufacturers in Spain, Mexico, India and other countries, the designer quickly sensed the unique potential of China's manufacturing industry and decided to launch his footwear line in the city.

López was greatly impressed by the diversity of products, abundant materials, sophisticated industrial chain and advanced technology in the city's footwear industry.

"Ten years ago, customers in Spain would frown upon shoes made in China as they had the impression that such goods were cheap and poor in quality, but today made-in-China means high-quality products at a reasonable price," he said.

The city is now home to over 4,000 shoe companies, producing more than 1 billion pairs of shoes every year.

"From design conceptualization to production, it only takes about three months for a new pair of shoes to enter the market," López said, noting that such a level of efficiency can only be seen in China.

In the past, to find suitable materials, he had to frequent small streets and shops in the city, cut out the samples with a pair of scissors he carried with him, and write down the number for future reference and purchase.

"Today, fabric suppliers from all over China send in sample catalogs in advance for the next year, and they are constantly developing new products. So, I never had any difficulty in finding the right materials for shoe manufacturing," López said.

Computer graphics software has replaced pen and paper, and with a few clicks on the phone, designers like López can receive 3D drawings with accurate colors and clearly visible fabric texture.

He believes that the hardworking young generation in China has also helped bolster the burgeoning sector. "Young professionals have become the mainstay and I can feel their passion for the business."

"Wenzhou has become my second hometown, where I started a new life as a shoe designer," López said.