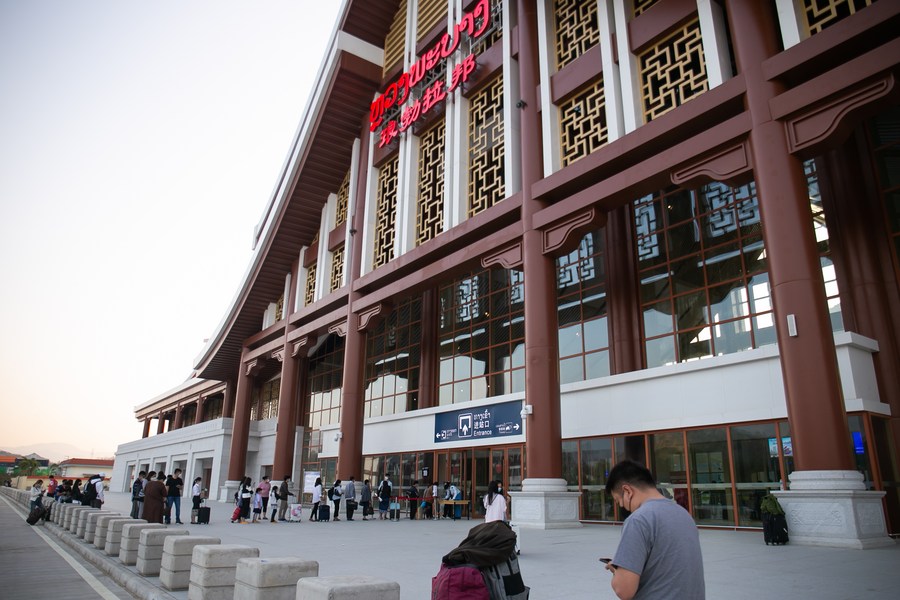 Photo taken on Feb. 25, 2022 shows a view of the Luang Prabang Station in Luang Prabang, Laos. (Photo by Kaikeo Saiyasane/Xinhua)

In the first 10 months of 2022, 335,794 tourists, accounting for 85.27 percent of the total, arrived in Lao's Luang Prabang province by using the China-Laos Railway which started operation in December 2021.

VIENTIANE, Nov. 23 (Xinhua) -- As tourists return to Laos in large numbers, over 85 percent of those heading to northern Laos' Luang Prabang province are using the China-Laos Railway.

Lao News Agency on Tuesday quoted Deputy Head of the province's Information, Culture and Tourism Department Chansamone Thipphavanh as saying that in the first 10 months of 2022, 335,794 tourists, accounting for 85.27 percent of the total, arrived in Luang Prabang by train, with the rest traveling by plane, bus or boat.

In total, revenue generated from tourism amounted to more than 138 million U.S. dollars.

Since May this year, visitor numbers have surged, with Luang Prabang province experiencing a growing influx of holidaymakers. Train travel allows easier connection with neighboring countries, according to the report. 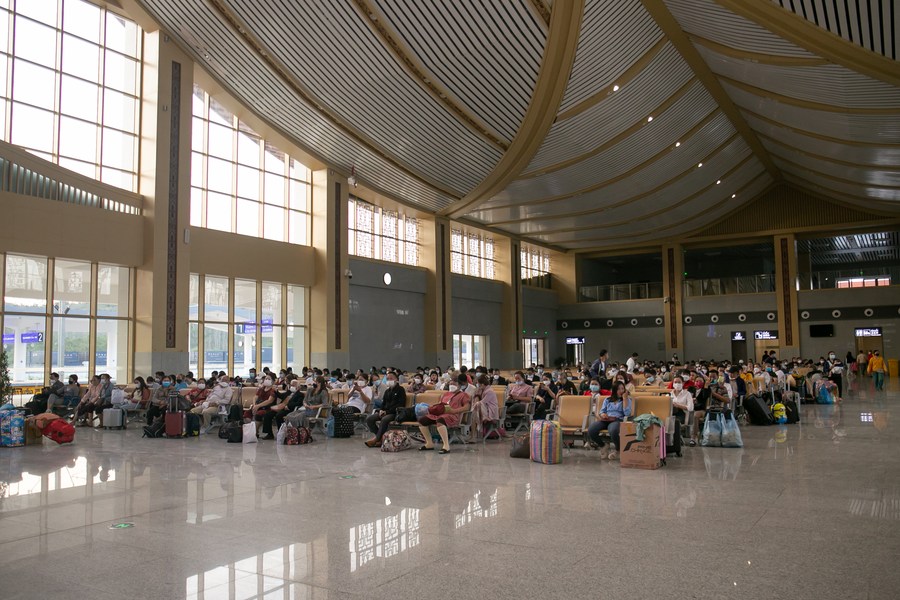 In the next two months, the province expects that at least 100,000 people will visit Luang Prabang and generate about 200 million U.S. dollars in revenue.

Luang Prabang province, some 220 km north of the Lao capital Vientiane, is one of the most well-known provinces in Laos and is a top tourist draw because of its old temples, scenic attractions and rural landscapes.

Luang Prabang was listed by the United Nations Educational, Scientific and Cultural Organization (UNESCO) as a world heritage in 1995.

Luang Prabang province has 228 officially-designated tourist sites, of which 111 are nature-based, 78 are of cultural interest, and 39 have historical associations.