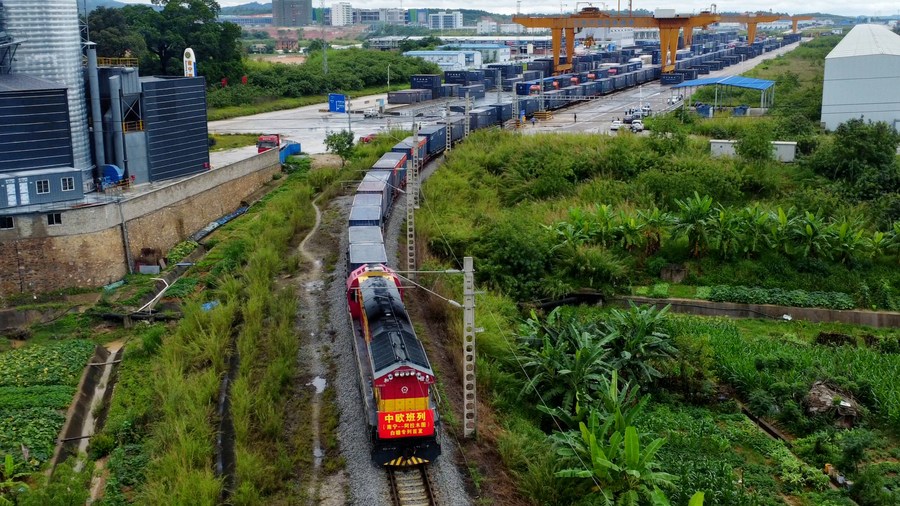 The freight train, carrying heavy machinery such as graders, loaders and rollers, left the Nanning International Railway Port for Tashkent in Uzbekistan, with a stop at Alataw Pass, a major land port in northwest China's Xinjiang Uygur Autonomous Region.

In 2022, Guangxi handled 33 China-Europe freight trains. In the second half of the year, the numbers of freight trains and container shipments increased by 53.8 percent and 57.7 percent, respectively, from the first half.