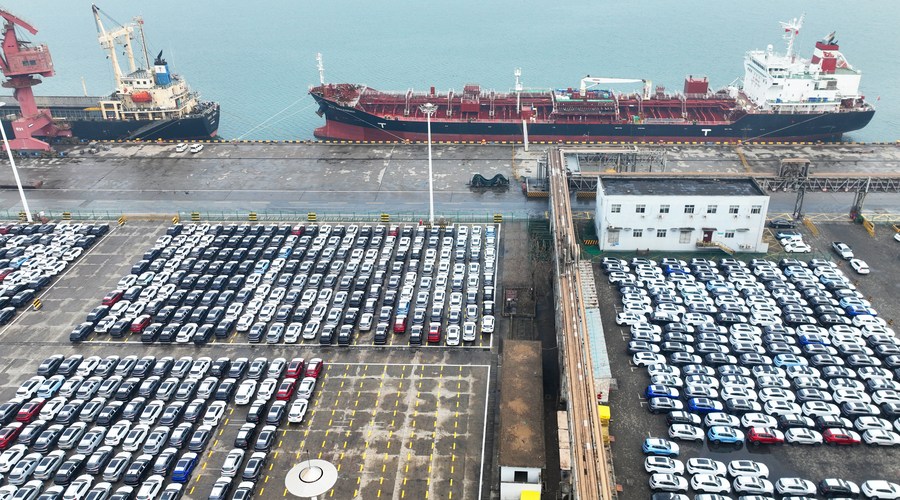 This aerial photo shows vehicles waiting to be exported at a port in Lianyungang, east China's Jiangsu Province, Jan. 13, 2023. (Photo by Geng Yuhe/Xinhua)

NANJING, Jan. 16 (Xinhua) -- The imports and exports of east China's Jiangsu Province, one of the country's major foreign trade hubs, rose by 4.8 percent year on year to 5.45 trillion yuan (about 811.79 billion U.S. dollars) in 2022, Nanjing Customs said on Monday.

The province's trade with countries along the Belt and Road climbed 13.1 percent to account for 27.4 percent of its total foreign trade, registering the increase for seven consecutive years.